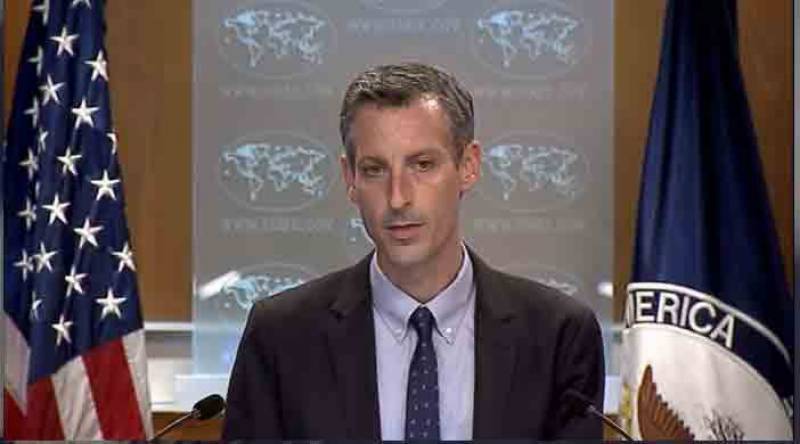 Washington (Web Desk): The United States has emphasised its strategic partnership with Pakistan.

“Does the State Department agree with Mr Gandhi’s assessment?” a journalist asked State Department while in reference to Indian opposition leader Rahul Gandhi’s statement who blamed the BJP government in India for pushing Pakistan into the Chinese camp.

The department’s spokesperson Ned Price categorically refused to "endorse" such a statement on Washington's behalf and said, "Pakistan is our strategic partner".

“I’ll let Pakistanis and the PRC (People’s Republic of China) speak for themselves about their relationship. These remarks will certainly not be endorsed by me," Price said during a regular press briefing.

The US said it values its relationship with Pakistan while emphasizing that there was no requirement, as far as Washington was concerned, for other countries to choose between the US and China.

“We’ve made the point all along that it is not a requirement for any country around the world to choose between the United States and China,” Spokesman Ned Price told reporters when asked if Pakistan and China have become closer because “they feel abandoned” by the US.

Rahul, while speaking in Lok Sabha on the Motion of Thanks on President’s address during the ongoing Budget Session of Parliament on Wednesday, had said that the incumbent Indian government's stand on China and Pakistan worked only to unite the two countries together against India.