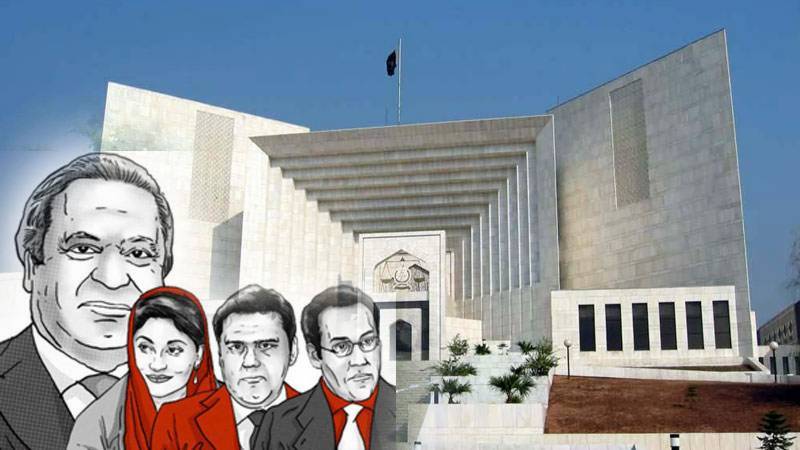 Pakistan Tehreek-e-Insaf leader Shah Mahmood Qureshi claimed that the change of lawyers from the premier and his family a day before the hearing is a tactic for delaying the case, as the new lawyers would possibly request for time extension from the judges to prepare for the case.

Earlier, PTI chairman Imran Khan said that his party had dug out several evidences which revealed that Maryam Nawaz was the actual owner of the Mayfair Flats.

“Maryam was beneficiary for two companies, and those companies owned the Mayfair flats,” he said in a press conference held on Tuesday which he claimed would explain the documents PTI had submitted in the Supreme Court.

"In 2004, Mayfair flats were worth Rs 4 billion. Where did Maryam Nawaz acquire such enormous wealth from?" questioned the PTI chairman.

Imran Khan said he had heard in the Supreme Court that Maryam Nawaz received a car worth Rs20 million as a gift. He added that everyone knows that the letter from Qatar’s Prince was fraudulent. The PTI chairman alleged that the prime minister had lied in the Supreme Court and the Parliament which is equivalent to false testimony.

Chairman Privatization Commission Muhammad Zubair said while addressing a press conference, responding to the PTI chief`s allegations, if PTI chief had any evidence then he should share it with the courts rather than creating media hype.

He said,”Our case is watertight and they (Sharif family) have all relevant documents and they have no fear”.

"PM’s family had always maintained its integrity in business affairs, which would be proved before the court as well."

He advised the PTI chief to focus on the legal battle rather than creating hype in media.

He said since, the premier’s name was neither included in the Panama Papers nor in flats, money laundering and illegal asset, they would plead in the court to remove his (PM) name from the case.

He further added, "Imran Khan released documents to media which was based on the story of the guardian newspaper. The documents had already been rejected by MINERVA."

Zubair said they had full confidence in the judiciary, Election Commission of Pakistan and other state institutions.