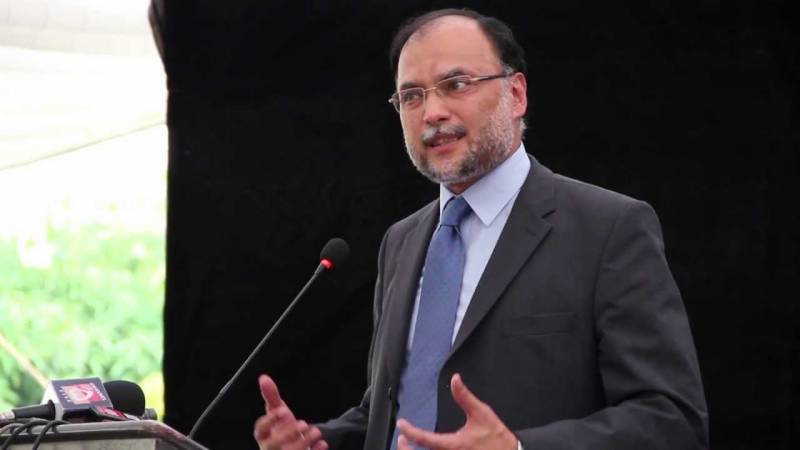 The minister expressed these views while addressing Round Table Conference (RTC) on ‘Promoting Scientific Education and Research in Pakistan’ held in Islamabad.

The conference aims to promote science and technology research which includes improving education and research system to increase country’s competence.

Ahsan Iqbal reiterated that knowledge and technology were pivotal to advancement of our human civilization.

The participants of the conference highlighted various options to promote science education and research in the country.

Ahsan Iqbal appraised the conference about other government efforts which include national curriculum reforms, teacher transformational training initiatives for bringing radical changes in the education sector.

The minister affirmed that Pakistan needed a strong knowledge foundation to become an Asian tiger.

He said Pakistan needed to keep pace with the modern world by re-aligning its educational structure and bringing in dynamism in knowledge and introducing multi-disciplinary subjects.

He said arts were important to teach children innovation and creativity.

He further added that there was a need for developing ‘questioning minds’ which could only be done if education system promotes a culture of inquiry among children.

“We are still in a battle of English and Urdu medium education system which is leading us to produce cram factories instead of critical thinkers. People in the world progress and then learn English but in Pakistan, we prefer to learn English over progress” said the minister.

He maintained that 10,000 Pakistani scholars would be sent to the United States for study in the next 10 years under the US-Pakistan Knowledge Corridor.

He said the China-Pakistan Economic Corridor (CPEC) project was an economic game changer, while the US-Pakistan Knowledge Corridor would become a knowledge game changer.

The minister said that universities should be linked with needs of local communities with a focus on community service and development.

The higher education institutions must have responsibility to improve fundamental purposeful instruction, quality research, and innovation, strengthen linkages with industry, turn into agents of change, embed technology, and produce entrepreneurial leaders, he added.

He observed that every activity revolves around knowledge in the current knowledge revolution era which necessitated a paradigm shift in the learning models of Pakistan.

He informed that the number of PhDs had remarkable increased to 7500 now, however HEC aimed to build 40 per cent PhD faculty in universities by 2025.

He maintained that policy steps being taken to increase graduates in science and mathematics by doubling HEC budget in last three years.

The minister also urged scientists to inspire young students to be creative by popularizing science and technology.