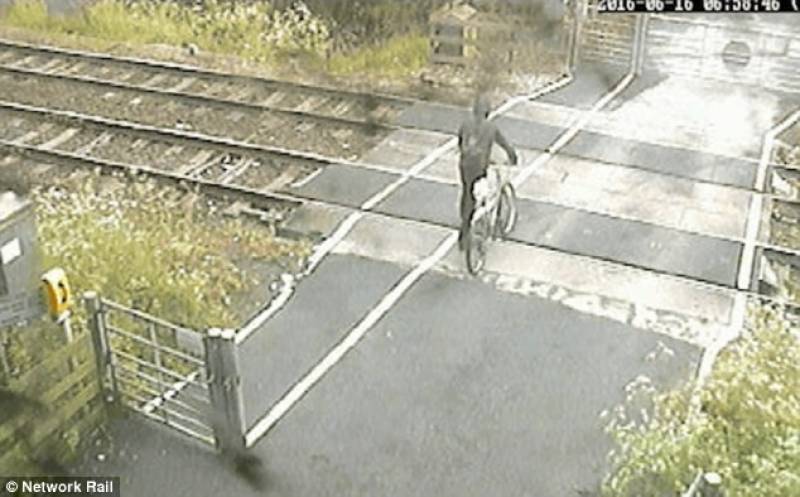 Leeds, Yorkshire (Web Desk): Dramatic footage of a cyclist who came within inches of being killed by a train has prompted fresh warnings about the dangers of level crossings

The incident took place at Ducketts crossing near Pudsey, Leeds. A man is shown pushing his bike across the Ducketts crossing in after a train passes through. However, he is seemingly oblivious to another train approaching from his left.

Just as the train is about to collide with him, he jumps backwards and then turns around and runs to safety.

Network Rail said that ignoring railway safety procedures can have "life-changing consequences". Over the past year and a half, 18 similar incidents have been recorded at the same crossing.