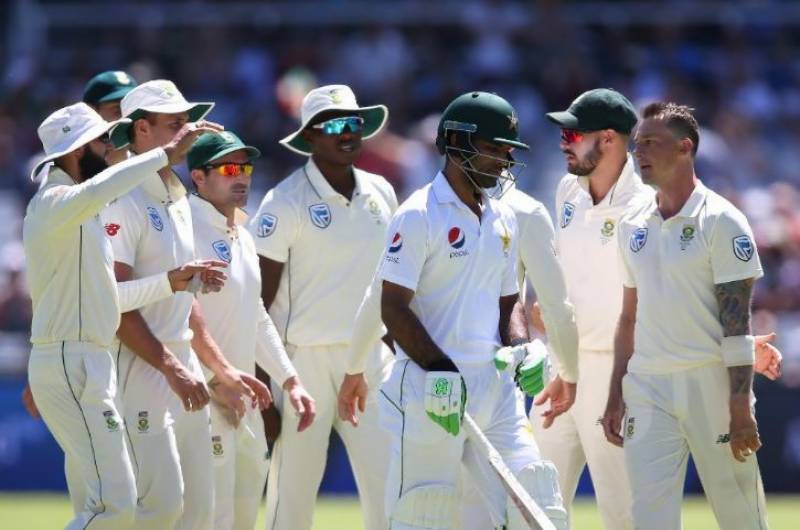 Cape Town (Agencies): Faf du Plessis and Temba Bavuma both made half-centuries Friday to give South Africa a 104-run lead over Pakistan on the second day of the second Test at Newlands.

Captain Faf du Plessis scored a dogged 33 not out to take his side to 4-188 at lunch on day.

Du Plessis was 80 not out and Bavuma 60 not out to put South Africa in prime position to win the match and the series as it went to tea on 281-4 in its first innings.

Pakistan’s bowlers didn’t have the same success as South Africa’s at Newlands, where the tourists were bowled out for 177 in their first innings. Pakistan went through the second session without a breakthrough.

Pakistan’s best moment came early in the day, in the second over, when Mohammad Abbas bowled Hashim Amla with a delivery that jagged back dramatically and knocked the leg stump out of the ground.

South Africa already leads the three-test series 1-0 after a six-wicket win in Centurion.