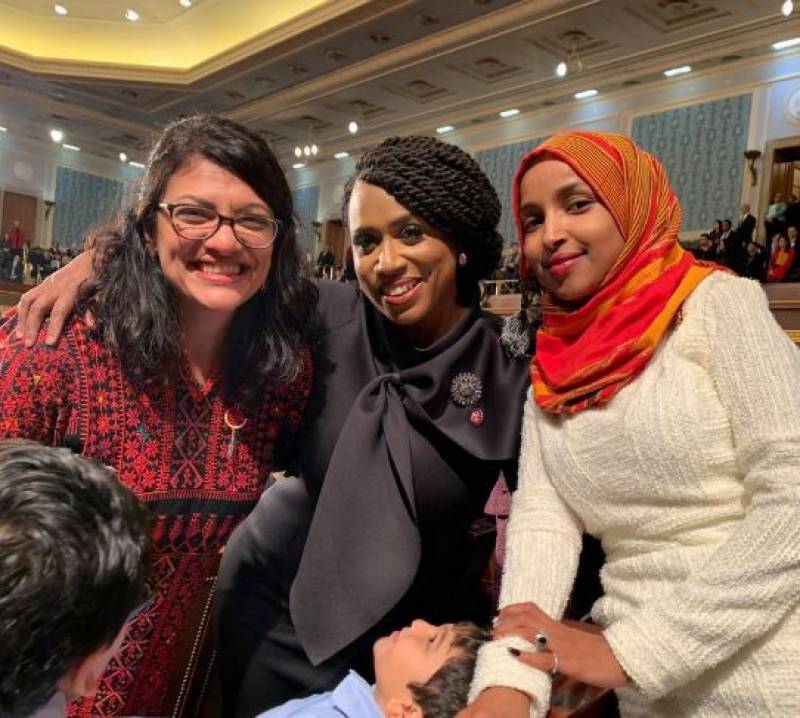 Washington (Agencies): The first two Muslim-American women who were elected as the member US House of Representatives took an oath on the holy Quran.

Congresswomen Rashida Tlaib and Ilhan Omar, who are of Palestinian and Somali origins respectively, made history on Thursday as they were sworn into the 116th Congress, becoming the first Muslim women in the 435-member US House of Representatives.

Public Radio International (PRI) and other media outlets reported that Ms. Tlaib, in traditional Palestinian dress, used the 1734 English translation of the Holy Quran that belonged to Thomas Jefferson, an American founding father who later served as US president.

A resident of Detroit, Michigan, Ms. Tlaib’s family hails from a small Palestinian village in the Israeli-occupied West Bank, Ms. Omar, 37, used the holy Quran that once belonged to her late grandfather, who helped raise her.

As a kid, I acted as my grandfather's translator at our caucuses and he was the one who first sparked my interest in politics.

I wish he could be here to witness this historic moment, but he was here in spirit as I placed my hand on his Quran for the ceremonial swearing in. pic.twitter.com/PRNNOPQXuU

“It’s important to me because a lot of Americans have this kind of feeling that Islam is somehow foreign to American history,” Ms. Tlaib, 42, said in an article in the Detroit Free Press. “Muslims were there at the beginning. … Some of our founding fathers knew more about Islam than some members of Congress now.”

Ms. Omar became the first Muslim women to wear a hijab in the House chamber, which until now was part of a ban on wearing any kind of hat or headscarf.