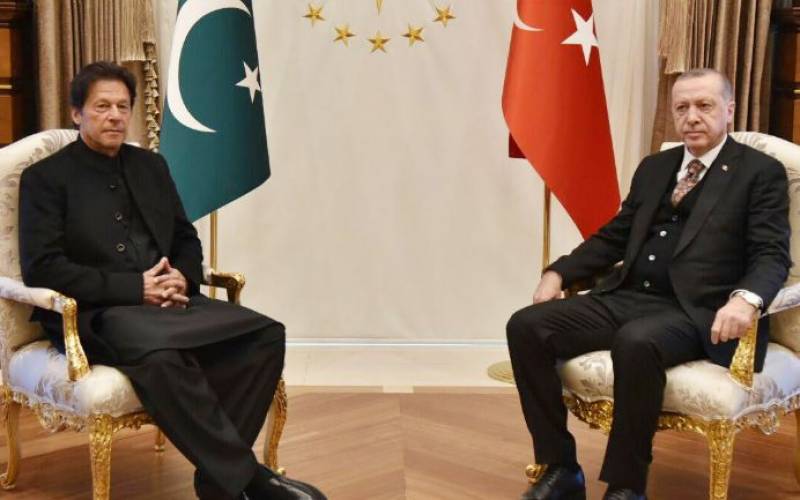 The two leaders agreed to enhance bilateral relations and strengthen economic ties between the two countries, according to a PM Office statement on Twitter.

Both leaders discussed enhancing of relations and strengthening of economic ties between Pakistan and Turkey.#PMIKVisitsTurkey ???????????????? pic.twitter.com/iY3gZ0EAFc

PM Imran is on a two-day official visit to Turkey at the invitation of Turkish President.

Prime Minister Imran Khan was presented guard of honour upon arrival at Turkish Presidency in Ankara.

Earlier, addressing Business Community in Ankara, PM Imran said the process has been started to remove impediments in the way of investment in the country. He said we have set up an office at the PM Secretariat to make it easier for the investors to invest in Pakistan.

Imran Khan pointed out that our exports remained stagnant due to flawed policies. He said the present government will now actively promote exports and fully facilitate the investors in order to create job opportunities for the youth.  He assured the Turkish businessmen that their concerns will be addressed after mutual consultations.

The Prime Minister said our main concern is to take people out of poverty and this will be done by promoting wealth creation.

He said we also want to eradicate corruption which will help flourish investment especially in the small and medium enterprises.