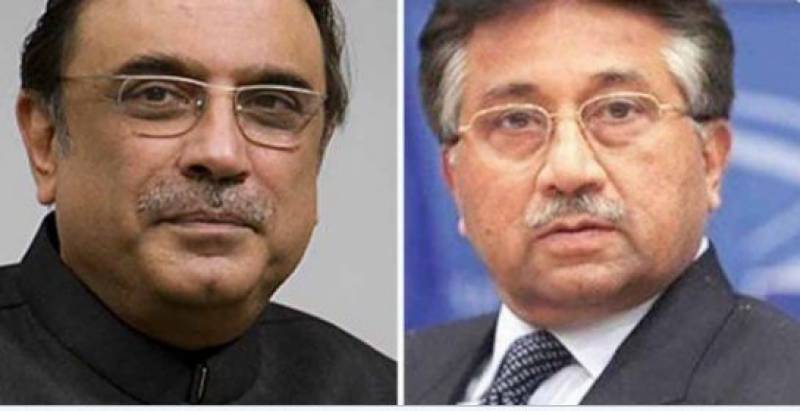 Petitioner Feroz Shah Gilani had requested the court to order recovery of ‘huge amounts of public money’ misappropriated and wasted by them through unlawful means.

The chief justice remarked, "We have received the asset details of Zardari, Musharraf and Qayyum."

Justice Nisar then inquired about the whereabouts of petitioner Feroz Shah Gilani and his counsel informed that he is ill. "The court had issued notices to respondents," the chief justice said.

"The law will pave its own way," he further said. The court then wrapped up Feroz Shah's petition against Musharraf, Zardari and Qayyum.

The NRO was promulgated in Oct 2007 by the government of the then president Musharraf. Under the ordinance, cases against politicians were removed, paving the way for many of their return to country.