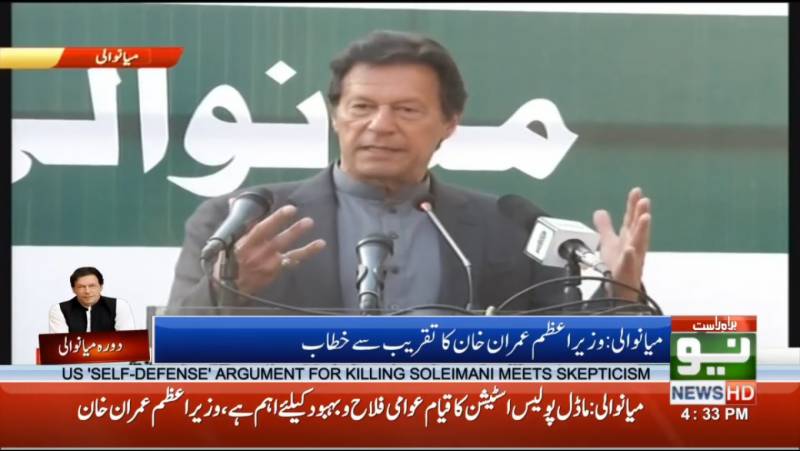 Inaugurating the Model Police Station at City Police Station in Mianwali, the prime minister said when police performs better, it changes the destiny of the country.

He said that police should provide sense of protection and peace to the public.

"It is job of the police stations to facilitate people as complainants come to this facility for redressal of their issues," the PM said.

Imran Khan said this model police station reflects the new thinking to improve state of affairs. "This is a modern police station and will facilitate people," he said.

He said department of police will have to restore its credibility in the public eye.

"We have to make Punjab Police a modern force," he said. "When we took over the government in Khyber Pakhtunkhwa, the morale of the police was destroyed. We made KP police a non-political entity."

Prime Minister Imran Khan said all one needed was the will to achieve and the rest followed. He urged IG Punjab to reform the police force, saying that the government will support him in doing so.

Under the initiative, 29 model police stations have been set up throughout the province where CCTV cameras also installed to monitor the performance of police, the Radio Pakistan reported.

A helpline 8787 has also been established for registering complaints. A Superintendent of Police in every district deal with complaints.

After the inauguration of the laboratory, the prime minister was also briefed about the state of the art ICT facility at the institute.