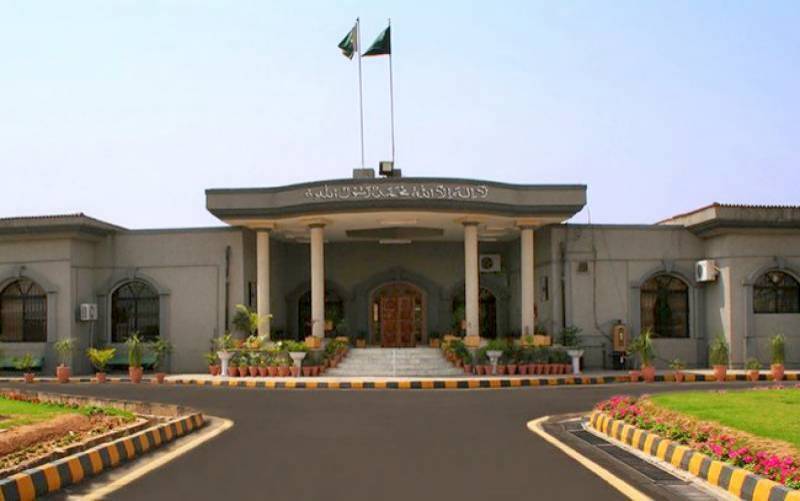 The PML-N leader challenged the legality of the statement of Prime Minister Imran Khan recorded through a video link in a defamation suit about misappropriation of funds of Shaukat Khanam Memorial Trust (SKMT).

In December 2021, the prime minister, while recording his statement before the digitally connected court, which was presided over by the Additional District and Sessions Judge, said he was the biggest individual donor of the SKMT from 1991 to 2009 and the investments, against which allegations had been made, were fully recovered by the SKMT without any loss.

IHC Chief Justice Athar Minallah presided over the hearing for the petition. He questioned that since when the case was pending.

Khawaja Asif's counsel replied that the defamation suit was filed in 2012 and questions were formulated in 2021, to which the judge asked who was responsible for the delay when the court had ordered that defamation cases be disposed of quickly.

The judge remarked that the court had already directed to conclude the defamation cases as soon as possible. It should take two months to wrap up the defamation suit, he added.

PM Imran had filed the defamation suit against Khawaja Asif in 2012 for recovery of Rs10 billion as the latter had at a press conference levelled allegations about misappropriation of and money laundering through the SKMT funds.