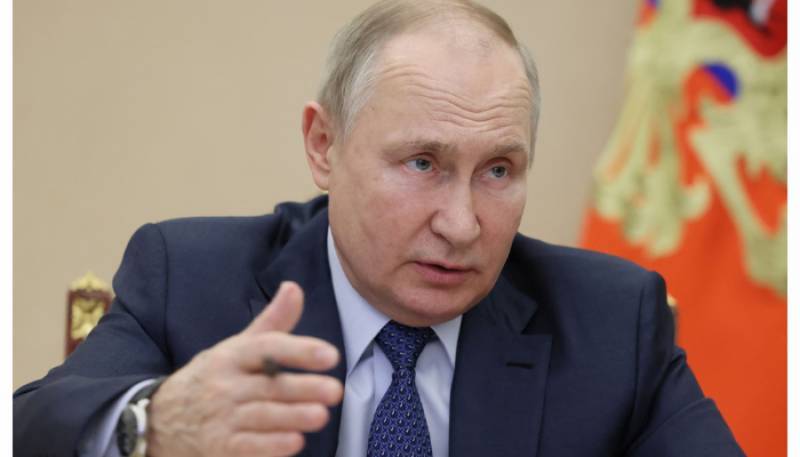 Moscow (Web Desk): Russian President Vladimir Putin on Wednesday sent off a frigate towards the Altantic and Indian oceans armed with new hypersonic Zircon cruise missiles which he said were unique in the world.

In a video conference with Defence Minister Sergei Shoigu and Igor Krokhmal, commander of the frigate named “Admiral of the Fleet of the Soviet Union Gorshkov”, Putin said the ship was armed with Zircon hypersonic weapons.

“This time the ship is equipped with the latest hypersonic missile system - ‘Zircon’ - which has no analogues,” said Putin, who is engaged in a standoff with the West over his war in Ukraine.

“I would like to wish the crew of the ship success in their service for the good of the Motherland.”

Shoigu said the Gorshkov would sail to the Atlantic and Indian oceans and to the Mediterranean Sea.

“This ship, armed with ‘Zircons’, is capable of delivering pinpoint and powerful strikes against the enemy at sea and on land,” Shoigu said.

Shoigu said the hypersonic missiles, known as either Tsirkon or Zircon, could overcome any missile defence system. The missiles fly at nine times the speed of sound and have a range of over 1,000 km, Shoigu said.

Russia, China and the United States are currently in a hypersonic weapons race. Because of their speeds - above five times the speed of sound - and manoeuvrability, such weapons are seen as a way to gain an edge over any adversary.

The target of a hypersonic weapon is much more difficult to calculate than for intercontinential ballistic missiles.