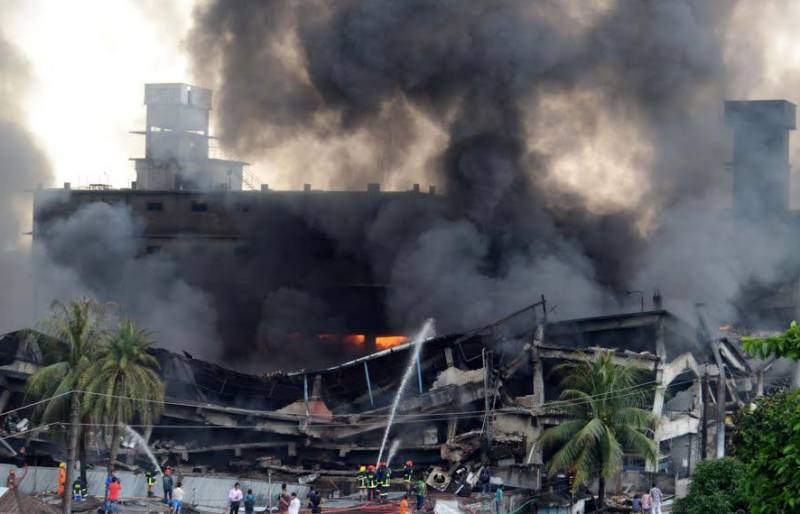 Dhaka (Reuters): A boiler has exploded at a Bangladeshi garment factory killing 10 people and injuring dozens, fire officials said on Tuesday, the latest mishap to hit one of the world's biggest garment producers.

The accident happened late on Monday at a plant of Multifabs Limited, a Bangladeshi company on the outskirts of the capital, Dhaka, a fire official said.

The firm supplies knitted apparel to clients in Sweden, Denmark, Germany, Russia, Spain, Netherlands and Britain, including to Littlewoods, one of Britain's oldest retail brands, according to its website.

“Nine people were killed in the blast and one died in hospital,” fire service official Palash Chandra Modak said.

The company said the plant was functioning well and the boiler had just been serviced.

"This was an accident. Everything was fine," Mahiuddin Faruqui, company chairman and managing director told Reuters.

"The boiler was running well. After servicing when workers were trying to restart it, it went off."

Bangladesh's garment-making industry, the biggest in the world after China's, employs four million people and generates 80 percent of its export earnings.

Multifabs started operating in 1992, and reached $70 million in exports in 2016, supplying European brands such as fashion chain Lindex, which is part of Finnish retailer Stockmann and Aldi, Faruqui said.

Bangladesh's garment sector came under scrutiny after the collapse of a factory complex in 2013 that killed more than 1,100 people, and a fire at a garment factory in 2012 that killed 112 workers.

Activists have criticized many retailers for failing to improve working conditions in their supply chains with long hours, low pay, poor safety standards and not being allowed to form trade unions common complaints of garment workers.