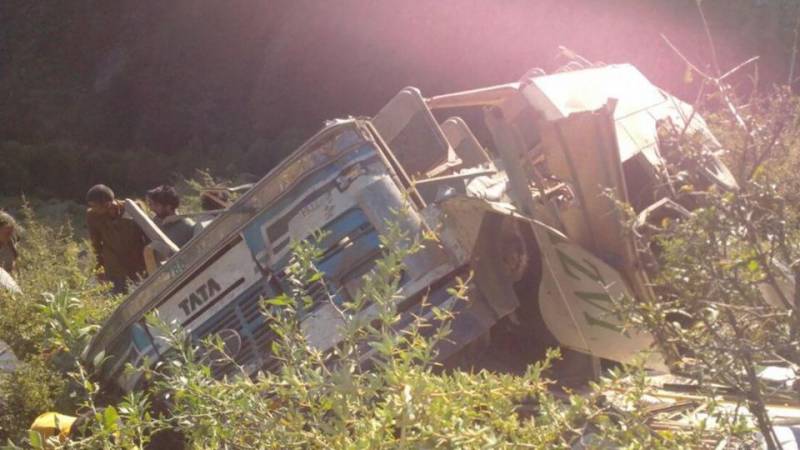 Hyderabad (Web Desk): At least six people were killed while 30 injured when a bus overturned Tuesday morning near the National Highway in Hyderabad.

According to details, the incident took place when the driver of the passenger vehicle lost control of the steering due to speeding. Subsequently, the vehicle turned over, killing six people on the spot. The injured were shifted to the nearby civil hospital.

The sources reported that the vehicle was en route from Bahawalpur to Karachi.

Across Pakistan, rail and road accidents are a common occurrence while the poor infrastructure and pitiable traffic system are the major reason of these misshapes.