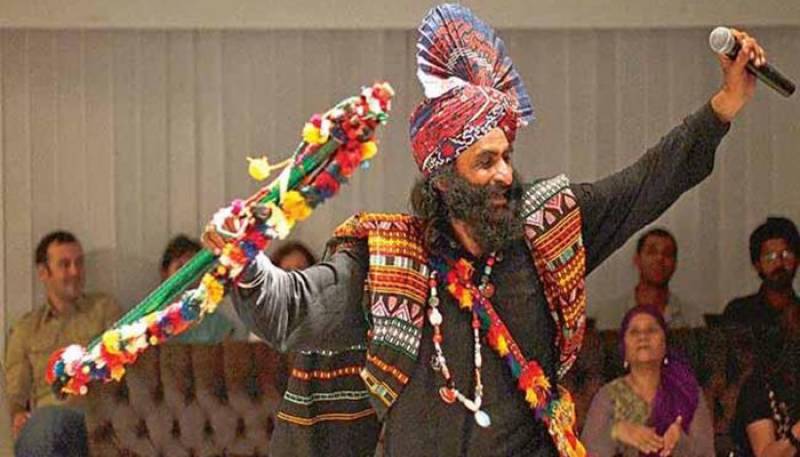 The death anniversary of Allan Faqeer is observed on July 4 as he passed away on July 4, 2000.

Allan Faqeer was born in 1932 in Jamshoro district of Sindh and got fame from singing Sufi songs comprising verses from Sufi saint Shah Abdul Latif Bhittai’s poetry. Allan himself chose the suffix ‘faqeer’ for his name.

Allan Faqeer not only took Pakistan to the centre of the world music arena but also led to his co-singer Muhammad Ali Shehki to new heights of popularity in the late 1980s .