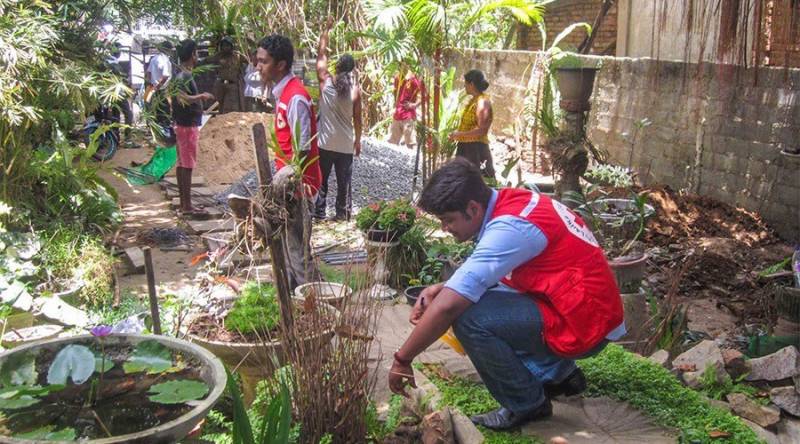 Colombo (Web Desk): In a worst-ever dengue strike, as many as 225 people have been killed in Sri Lanka while over 76,000 have been infected this year.

Sensing the severity of the situation, the government has deployed 400 soldiers and police officers on Tuesday to clear away rotting garbage, stagnant water pools and other potential mosquito-breeding grounds.

“Some residents do not allow officials to inspect the houses and clean them. This is really unacceptable.” The number of infections nationwide is already 38.

Military spokesman Brig. Roshan Senevirathna claimed hospitals were so crowded with dengue patients, the army was building two temporary wards at Negombo Base Hospital, about 38 kilometres north of Colombo,

The number of infections nationwide is already 38 percent higher than last year, when 55,150 people were diagnosed with dengue and 97 died, according to the Health Ministry.