Lahore (Staff Report): A nine-member technical committee has been formed to ascertain reasons for a sinkhole — 20 feet deep and 200ft wide — appeared on the Mall Road, in front of the General Post Office (GPO).

The committee was constituted at a meeting which was presided over by caretaker Transport Minister Mian Nauman Kabir at the Civil Secretariat.

The committee is headed by housing department’s additional secretary technical. Its members include Nespak and Wasa managing directors, and LDA and MCL senior officials concerned. 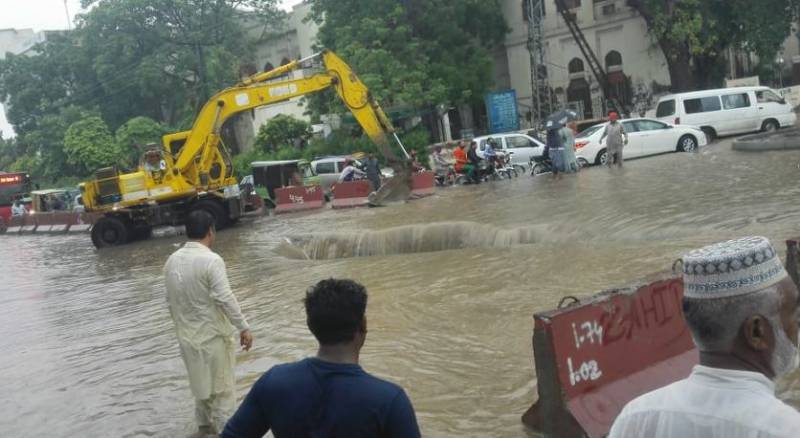 Giving the committee 48 hours to complete its task of identifying the real cause of the incident and fix responsibility, the minister said those found responsible for it would be punished.

The minister expressed his dismay over the incident and said the sinkhole on The Mall not only caused a loss to the public exchequer but could also generate a major road accident.

Those responsible for the sinkhole will be punished, the minister added.

Meanwhile, Chief Secretary Akbar Hussain Durrani ordered a survey of the Orange Line Metro Train’s underground track to avoid any such event in future. He also ordered quick filling of the sinkhole with the help of the Rescue 1122 and the Punjab Disaster Management Authority.

Dr. Faisa says COVID-19 vaccine will be provided free of cost to ...