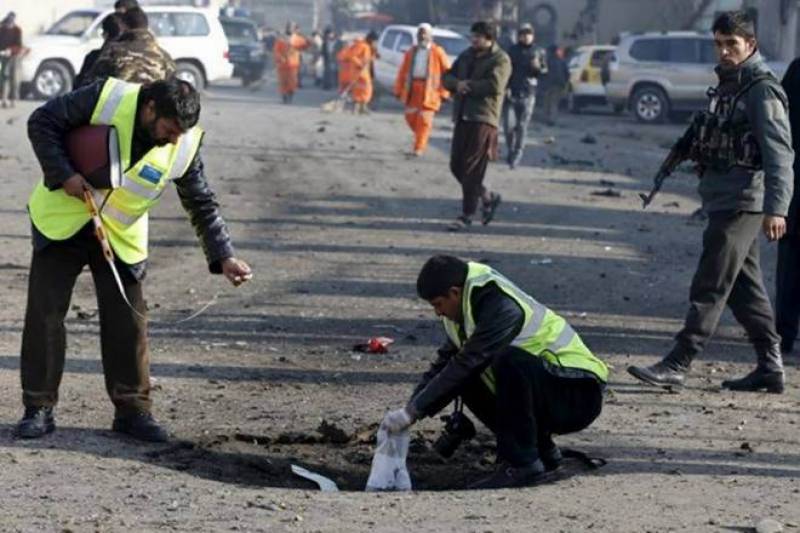 Kabul (Agencies): At least seven people were killed when a suicide bomber detonated near a gathering of top clerics in Afghanistan's capital Kabul on Monday, police said.

"Our initial information shows that the suicide attack took place when guests were exiting the tent" where the meeting was being held at around 0700 GMT, police spokesperson Hashmat Stanikzai told local broadcaster Tolo News.

"According to our initial information, seven people have been killed, including a policeman. Nine others have been injured, including two policemen."

Interior ministry spokesperson Najib Danish said at least 12 people had been killed and wounded, but did not give a breakdown.

The attacker detonated outside the tent, known as the Loya Jirga tent, or "grand council" in Pashto, where gatherings of top clerics and government officials are often held, Stanikzai said.

A security source confirmed it had been a suicide attack.

No group has yet claimed the attack.

Local media said that some 3,000 clerics had gathered at the tent for the meeting of the Ulema Council, Afghanistan's top religious leaders.

Earlier they issued a fatwa against the ongoing conflict in the country. "The ongoing war in Afghanistan does not have a legal basis, only Afghans are the victims of this war... (it) does not have religious, national or human value," they said, according to government officials.

Roads around the tent were quickly blocked by security officials after the blast, with heavy traffic jams building in the city.

Kabul accounted for 16 per cent of all civilian casualties last year, when 1,831 civilians were killed or wounded nationwide, according to the United Nations.

The myriad attacks in the last 12 months included two of the deadliest in the city since the US invasion: a truck bomb on May 31, 2017 that killed more than 150 people, and an ambulance bomb on January 27 this year which killed more than 100.