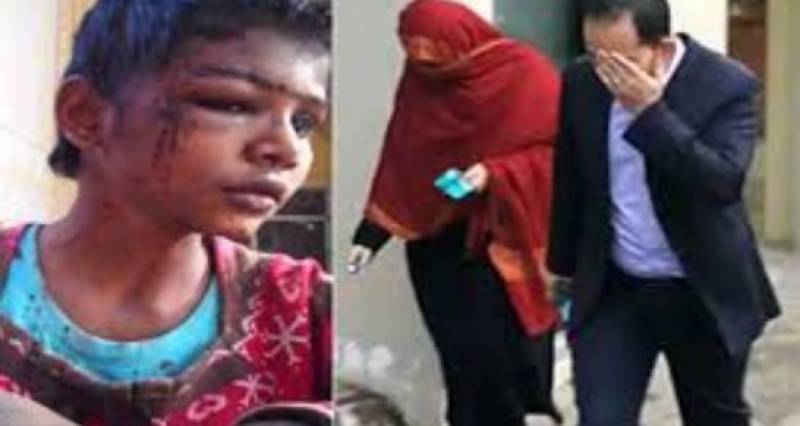 The husband and wife duo that were each handed one-year prison sentences and fines after being found guilty of torturing Tayyaba — a juvenile housemaid.

Raja Khurram and his wife Maheen were accused of keeping the then 10-year-old Tayyaba in wrongful confinement, burning her hand over a missing broom, beating her with a ladle, detaining her in a storeroom, and threatening her of "dire consequences".

On April 17, the IHC, in its verdict, had sentenced the couple in addition to levying a fine of Rs50,000 each. The accused had subsequently challenged the verdict on April 23 and also had their bail applications approved against surety bonds of Rs50,000, following which the case was adjourned.