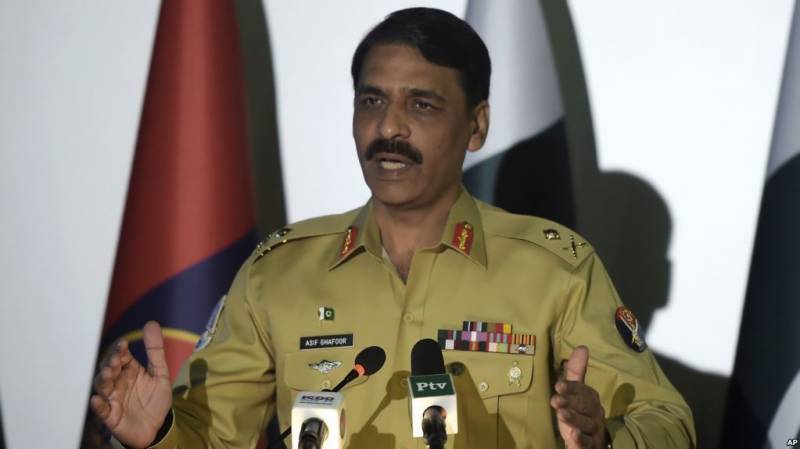 Addressing a press conference at the General Head Quarters (GHQ), Ghafoor highlighted that a safe Afghanistan was in the interest of Pakistan. “Nobody wishes for peace in Afghanistan more than Pakistan,” he added.

The army spokesperson shared that the [recent] meeting between Chief of Army Staff (COAS) General Qamar Javed Bajwa and the Afghan delegation was positive, and it was agreed upon that both Pakistan and Afghanistan are indispensable to each other.

Regarding the border clashes with India, the military’s spokesperson said that India targets civilian population in ceasefire violations.

” India has carried out 1,077 ceasefire violations since the start of 2018 to date. From 2013 till now, 48 people have been martyred due to unprovoked firing by India,” disclosed the official.

The DG ISPR said India mostly targets innocent civilians. "If India fires the first bullet and no harm is incurred, we will not respond. If India fires the second bullet, then we will give a befitting response,” he warned.

The Pak Army spokesperson hailed the smooth transition from a democratically elected government to its successor.

“Pak Army is the happiest entity over the successful completion of democratic government,” he shared.

He expressed that it was the duty of Election Commission of Pakistan to conduct elections, however, added that the armed forces can provide services for providing security.

Ghafoor hailed the merger of the erstwhile Federally Administered Tribal Areas (FATA) with the Khyber Pakhtunkhwa province, calling it a "great success".

On the Pashtun Tahafuz Movement (PTM), Major General Ghafoor told the media that the army met with Manzoor Pashteen and Mohsin Dawar, who shared their concerns regarding the slain Naqeebullah Mehsud, missing persons and border check-post issues. The army assured them of resolving the issues