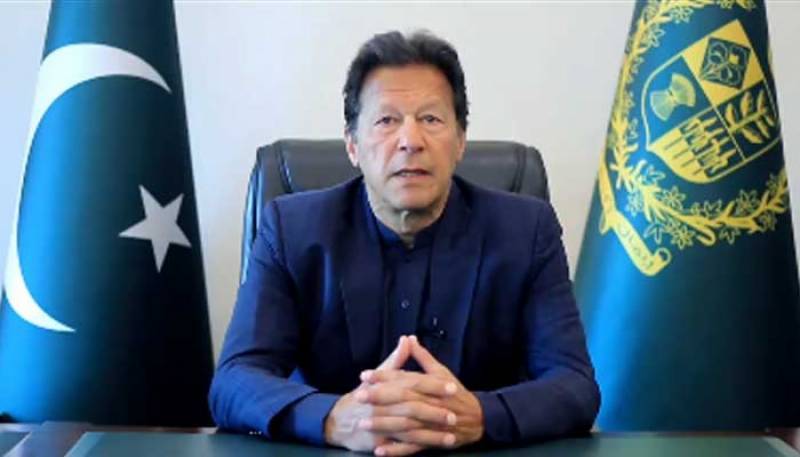 Islamabad (Web Desk): Prime Minister Imran Khan on Friday said that those, (opposition leaders) who call themselves democratic, want the army to overthrow the government.

Addressing the groundbreaking ceremony for the upgradation and rehabilitation of the Lodhran-Multan Highway, the premier said that the government has steered the country out of difficult times and now it will witness sustainable growth and development.

PM Imran said Pakistan was currently facing a major struggle to free the country from "mafias".

"They are everywhere and want us to fail so that they can keep a system in place which benefits only them, "the PM said.

Commenting on the need for ensuring the rule of law, the premier said: "Society changes when the powerful are brought under the law".

"Countries that are prospering have ensured the rule of law," he said, adding that developed countries did not have "sugar and political mafias".

The prime minister said there will be now wealth generation and people will get job opportunities. On the economic front, he said the people will continue to hear good news.

Imran Khan said the country registered a growth of 4% this financial year despite COVID-19 challenge. He said we not only saved our people from the pandemic but also the economy.

PM Imran said the government is focusing on uplifting the agriculture, industries, IT, housing and tourism to take forward the country.

Imran Khan said a package is being brought for the farmers to bring green revolution in the country.

The prime minister said China-Pakistan Economic Corridor (CPEC) project has entered in the next phase of industrialization wherein Chinese companies will relocate their industries in the Special Economic Zones (SEZs) of Pakistan.

Imran Khan said we are building ten dams as part of efforts to enhance our water storage capacity. To protect the future of our coming generations, we are planting ten billion trees.

He said the government has given unprecedented incentives to the construction industry and as a result of which the cement sale has reached the record levels.

Regarding the affordable houses for the people under Naya Pakistan Housing Programme the premier said that the people have shown great interest in taking soft loans from the banks for construction of houses.

He said the banks have so far received loan demands of Rs60 billion. He said the government also has a plan to establish such financial institutions which only provide loans for the construction of houses.

The 62 kilometers Lodhran-Multan highway upgradation project will be completed by the National Highway Authority (NHA) at a cost of Rs6.886 billion in two years’ time, the Radio Pakistan reported.

The project is an important section of the Karachi-Lahore-Peshawar national highway (N-5).