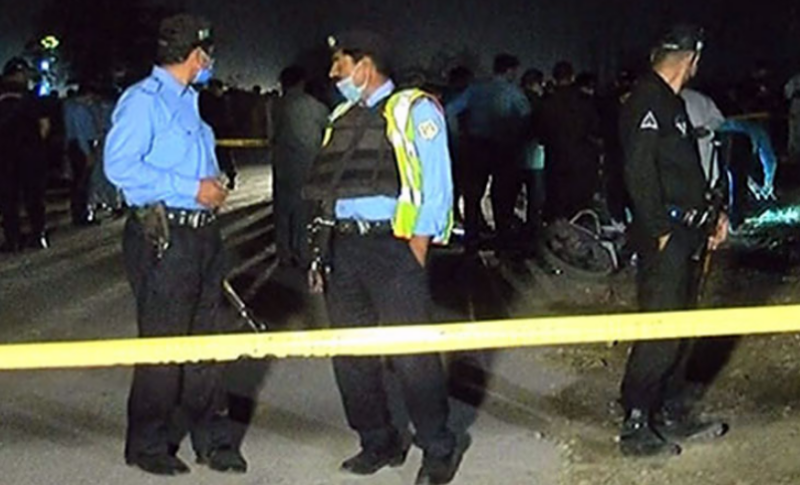 According to police sources, Constables Ishtiaq Ranjha and Bashir Shah, who were on a routine patrol in Shams Colony on a motorcycle, were targeted by unknown assailants.

The assailants were also on the motorbike when they targeted the cops. An investigation into the matter has been launched.

Soon after the incident, police rushed to the spot and cordoned off the area. They also launched a search operation to apprehend the attackers.

The bodies of the policemen were taken to a local hospital for legal procedure.

In a statement, he said that increasing number of terrorist attacks in federal capital is alarming.

The minister said that that the government will take steps to ensure the city is safer in the days to come.