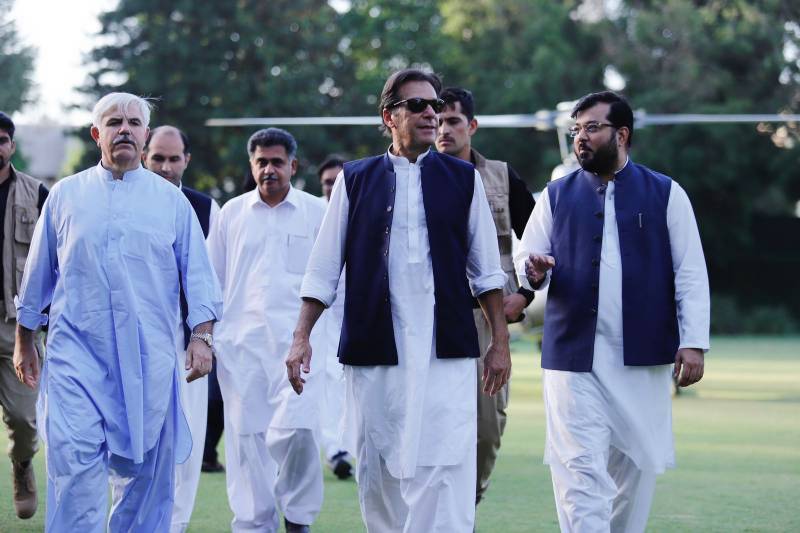 Addressing a public gathering in Upper Dir on, the former premier said that global agencies have downgraded Pakistan’s ranking.

He said that the coalition government of Shehbaz Sharif has increased inflation so much that no one who had any humanity could do this as they increased the prices of petrol by Rs60.

Shehbaz had taken the first order from the International Monetary Fund (IMF) by raising the prices of fuel and electricity, Khan said, alleging that the US was behind the move.

The PTI chief alleged that the IMF had also pressured his government to increase fuel and electricity prices by Rs10 but he had instead decreased them by Rs10 per litre and Rs4 per unit, respectively. "Imran will live and die in Pakistan. He does not bow before anyone."

The PTI government wanted to protect the people from the impact of global inflation, he said.

"When prices are raised, salaried people cannot afford monthly expenses. Everything becomes expensive such as transport and school fees. That is why we had maintained fuel prices] to protect people", he said.

Imran Khan said that tax collection reached a record level during his government.

Criticising the incumbent government, Imran Khan alleged that Shehbaz came into power to get relief from corruption cases which he was going to be punished for.

Refereing to the establishment, the PTI chief  said that the threat letter, which he claims mentioned the conspiracy against his government, was presented before the National Security Committee (NSC).

"Instead of maintaining the neutral status, they (establishment) should have stopped the interference. The government that has been imposed on us has darkened the future of the country."

Imran has claimed that a US-backed regime change was the reason his government was ousted.

He has called for sacking Lu, who he accuses of telling Pakistan's former ambassador to the US, Asad Majeed, that a failure to remove the PTI government through a no-confidence vote would herald "consequences" for Pakistan.

The PTI chief claimed that the then-opposition had come to power only to save themselves. He welcomed the Supreme Court's (SC) decision to take suo motu notice of perceived interference in criminal proceedings and said the entire country was waiting to see if only petty thieves were sent to prison or "big dacoits" would also go to jail.

"They were brought to power because corrupt people cannot take a stand for national interests," he alleged.

The PTI chief reiterating his demand for early elections.