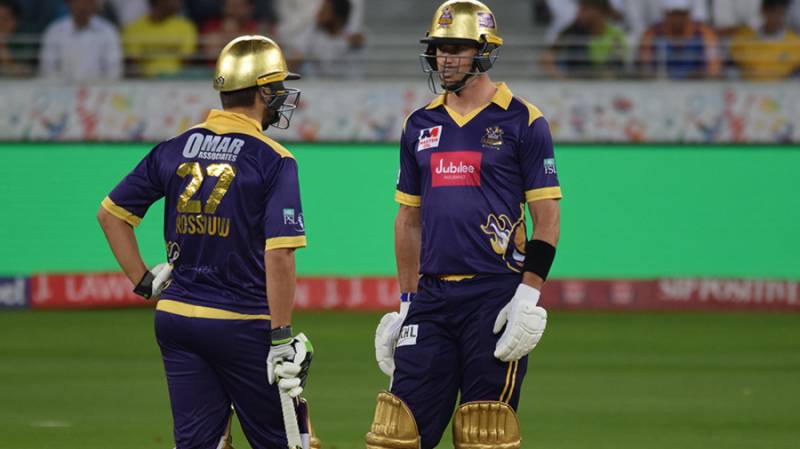 Dubai (Staff Report): Bangladesh’s Anamul Haque along with South Africa’s Morne van Wyk and Richard Levi and Zimbabwe’s Sean Ervine and Graeme Cremer have been selected by Quetta Gladiators to take part in the Pakistan Super League (PSL) final in Lahore on Sunday.

According to details, the authorities have arranged five replacements after Quetta’s foreign cricketers backed out from playing the final in Pakistan citing security concerns.

Luke Wright, England trio Kevin Pietersen, and Tymal Mills as well as South Africa’s Rilee Rossouw opted out of the tournament after Gladiator’s one-run win against Peshawar Zalmi in the first play-off.

Many had thought that Quetta skipper Sarfraz Ahmed would field an all-Pakistani side in the final at the Gaddafi Stadium against Zalmi, but the Pakistan Cricket Board (PCB) insisted otherwise.

The PCB announced a list of foreign players, on Friday, who have decided to travel to Pakistan despite the prevailing security issues in the country.