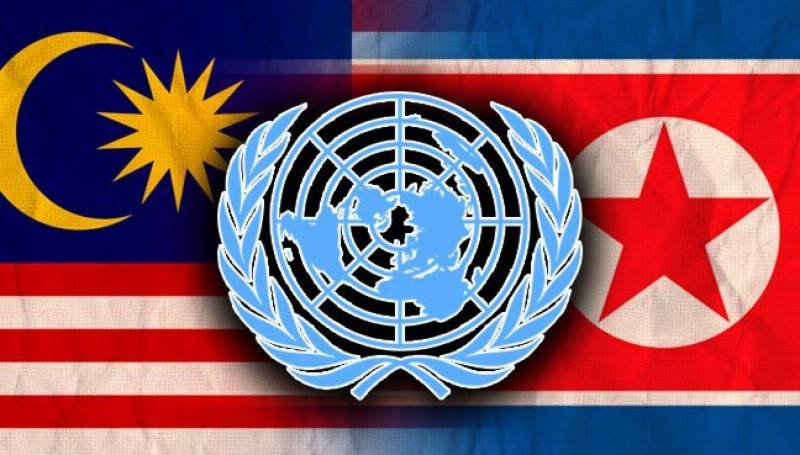 Kuala Lumpur, Malaysia (Reuters): Malaysia on Saturday rejected any reports that it may have violated sanctions imposed by the United Nations on North Korea, after a Reuters report that North Korea-linked firms were running an arms network in the country.

Malaysia has for years been one of the few countries in the world to have strong ties with North Korea but their relationship has been damaged by the killing of the half-brother of the North Korean leader, at Kula Lumpur airport, on Feb. 13.

According to Reuters, North Korean intelligence agents used a front company called Glocom to run an arms operation out of Malaysia.

The foreign ministry issued a statement on Saturday rejecting any violation of U.N. sanctions.

The ministry said, "Malaysia categorically rejects any such insinuation."

The ministry, which did not name Glocom in its statement, said Malaysia had provided required responses to queries raised by a U.N. Security Council (UNSC) Panel of Experts and will fully cooperate.

According to a U.N. report submitted to the Security Council, Glocom, which was linked in website registration data to two Malaysian companies controlled by North Korean shareholders and directors, sells battlefield radio equipment in violation of U.N. sanctions.

Reuters found that Glocom advertises more than 30 radio systems for "military and paramilitary" organizations on its Malaysian website, glocom.com.my.

The foreign ministry said Malaysia highly valued the work carried out by the UNSC Panel of Experts by ensuring the full implementation of all relevant resolutions.

Malaysia deported a North Korean suspect in the murder on Friday, and police issued an arrest warrant for another North Korean wanted in connection with the killing.

The deported North Korean, Ri Jong Chol, said in Beijing that he was a victim of a conspiracy by Malaysian authorities attempting to damage the honor of North Korea.