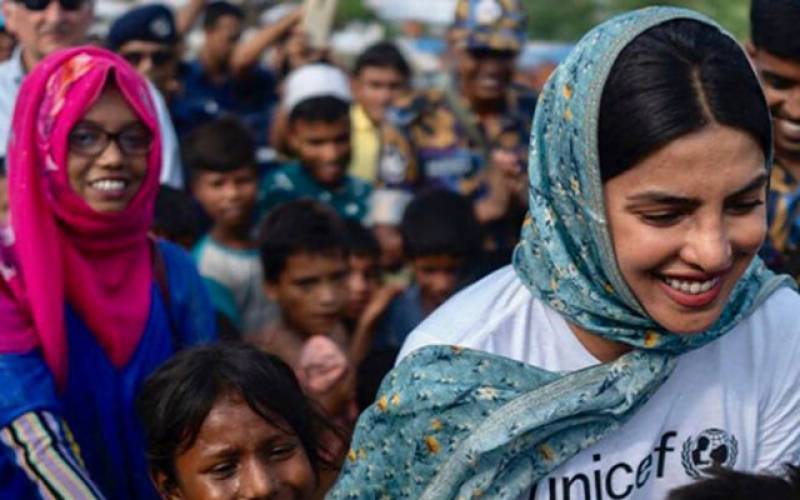 Lahore (Web Desk): An online petition has been filed urging UNICEF to remove Priyanka Chopra as its Goodwill Ambassador following her tweet for cheering on India’s strike in Balakot.

According to TMZ, the petition – filed on Avaaz.org – reads, “War between two nuclear powers can only lead to destruction and death. As the goodwill ambassador of UNICEF, Priyanka Chopra was supposed to stay neutral and peaceful but her tweet in favour of the Indian armed forces after they invaded Pakistani airspace shows otherwise. She doesn’t deserve this title anymore.”

Priyanka Chopra what a magnificent disappointment. Hope more blueticked accounts remind her what being a Goodwill ambassador actually means. Hypocrite.

The petition has already reached a couple thousand signatures but. UNICEF is yet to comment on it. Either way, Chopra has been receiving quite a bit of flak for her post.