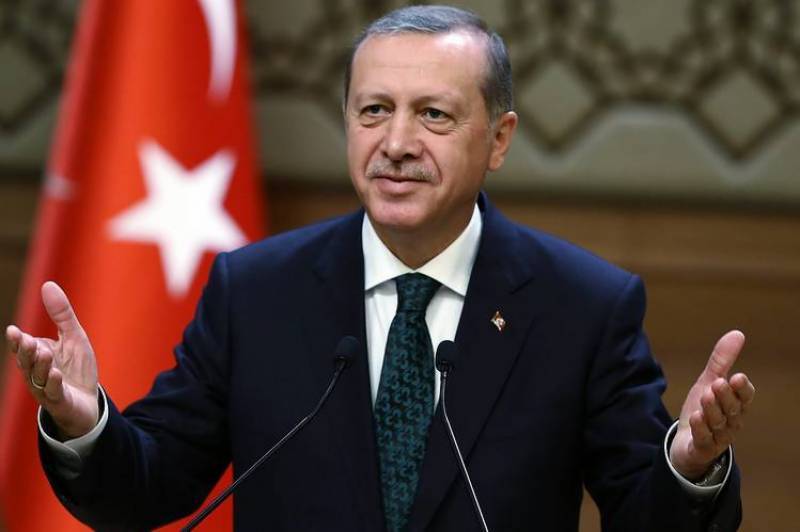 Addressing the nation, he said that he also spoke to Prime Minister Imran Khan on Pak-India tension.

The Turkish President said Pakistan has a special place in the hearts of Turkish nation. He said our Pakistani brothers always stood by Turkey in difficult times.

He said we can never forget their support in Tehreek-e-Khilafat.

Meanwhile, Prime Minister Imran Khan has said that he is not worthy of winning the Nobel Peace Prize.

“I am not worthy of the Nobel Peace prize. The person worthy of this would be the one who solves the Kashmir dispute according to the wishes of the Kashmiri people and paves the way for peace & human development in the subcontinent,” PM Imran said in a tweet.

Earlier, Organization of Islamic Cooperation (OIC) has condemned in the strongest terms recent wave of Indian terrorism in Occupied Kashmir and expressed deep concern over the atrocities and human rights violations in the valley.

In a resolution adopted by the 46th session of the Council of Foreign Ministers in Abu Dhabi, the OIC member states reiterated that Jammu and Kashmir remains the core dispute between Pakistan and India and its resolution is indispensable for the dream for peace in South Asia.