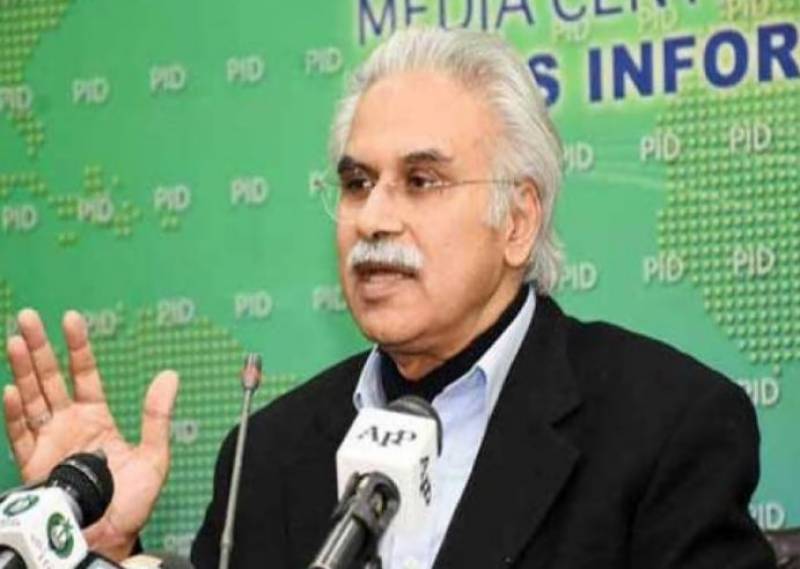 The SAPM said it is “100 per cent false” that Pakistan was hiding the number of coronavirus cases because of ongoing Pakistan Super League (PSL) matches in the country.

He confirmed that there are only five coronavirus patients in the country, adding that “everyone with flu should not assume they have the virus”.

"We managed to contain the epidemic spread as compared to other countries," the SAPM added.

"Every case of common cough or flu should not be mistaken for the coronavirus," he stressed, adding that getting alarmed at every minor illness will cause panic in the country.

Dr Zafar further said that the federal and provincial governments are working together to combat the virus, adding that Punjab and Islamabad are clear of the virus – hence, schools in the area will not be closed.

He informed that more than 200 people have been tested for the virus across Pakistan out of which five were tested positive. Mirza added that the patients are improving by the day.

Talking to newsmen in Rawalpindi, Dr Zafar Mirza said that the government is in constant touch with Pakistani students in China and they are being fully taken care of with the help of China.

Responding to a question, the SAPM said that a national programme has been prepared to tackle dengue this year through a standardised approach.

Pakistan has so far confirmed five cases of the novel virus with two in Sindh and three in federal capital. All the patients returned to Pakistan from Iran where death toll has reached to over 60.

Most of the cases reported so far in Pakistan have a history of travel to Iran where at least 92 people have died from the virus including senior government functionaries whereas the total number of those infected with the virus has risen to around 3,000.

The mysterious disease has triggered panic around the globe after it killed 3,201 people around 80 countries (mostly in China) and affected more than 90,000 around the world.