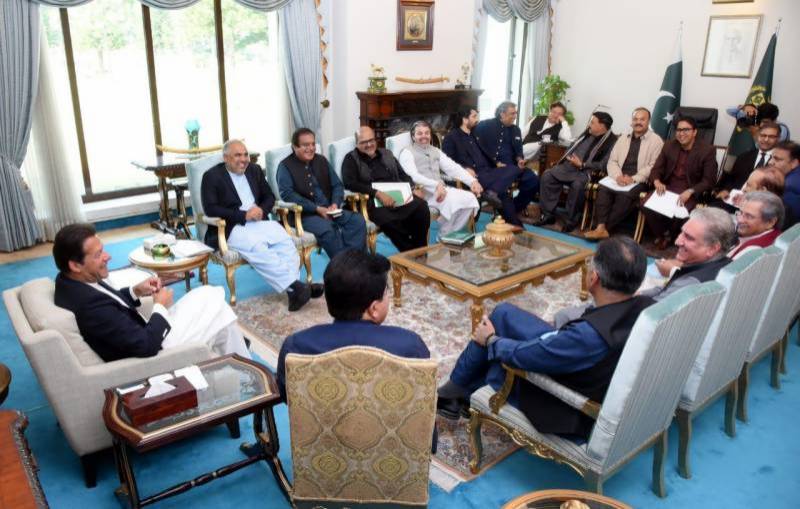 According to details, the decision to this effect was taken at a meeting chaired by Prime Minister Imran Khan in Islamabad.

The meeting was attended by the senior PTI leadership and Chairman Senate Sadiq Sanjrani.

Federal Information Minister Shibli Faraz, in a tweet, also confirmed the development regarding the nomination of Sadiq Sanjrani for the slot of Chairman Senate.

The elections for the Senate chairman would be held on March 12 after the completion of Sanjrani's tenure of three years.

The announcement came a day after the hotly contested Senate elections in which Yousaf Raza Gilani, the joint candidate of opposition parties’ alliance Pakistan Democratic Movement (PDM) , was elected senator from Islamabad, by defeating Abdul Hafeez Shaikh of the ruling party, according to unofficial results.