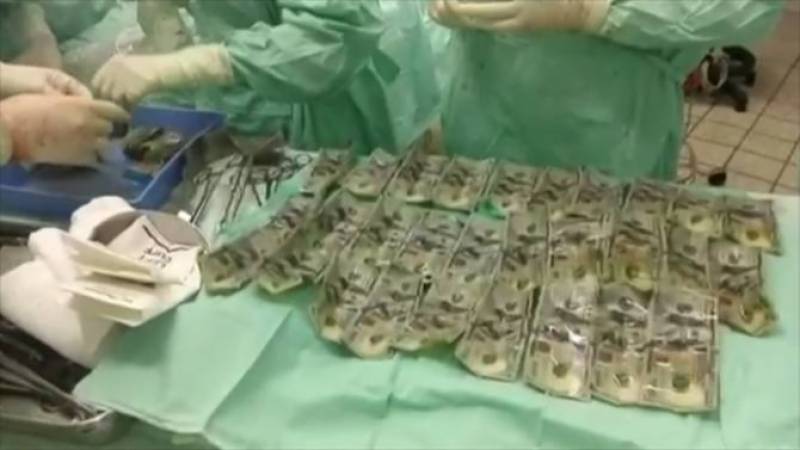 Colombo, Sri Lanka (Web Desk): A Colombian woman swallowed at least $7,000 U.S. dollars during a fight with her husband to hide the money that she saved for a holiday trip with her husband.

According to Colombian media, doctors revealed that 30-year-old woman swallowed the money during an argument between the couple that she saved for a holiday trip.

Doctors stated that they were able to extract 57 100-dollar bills from the woman’s stomach and intestines through surgery.