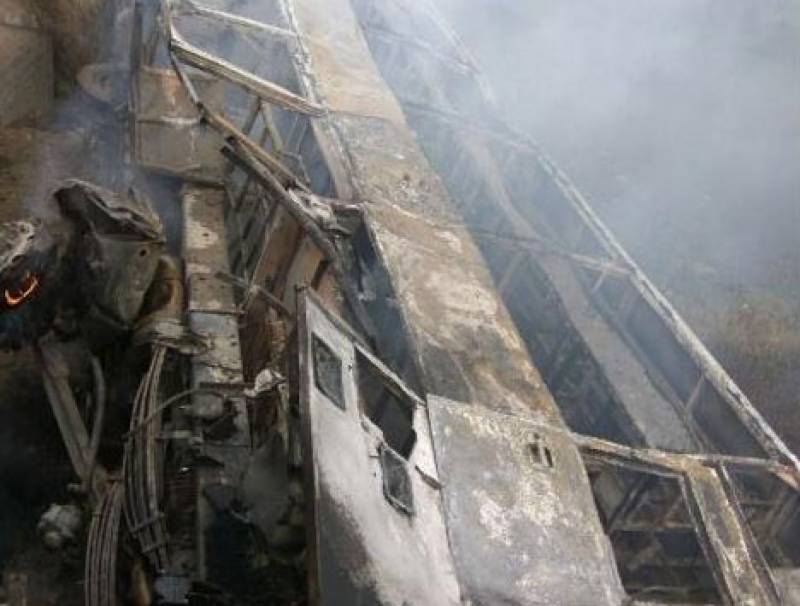 According to details, the incident occurred when the bus was travelling from Muzaffarpur to New Delhi, and State disaster management minister Dinesh Chandra Yadav said that East Champaran DM has confirmed the deaths of 27 people.

The SHO said, “The injured have been rushed to the local hospital for treatment. They have suffered burn injuries.”

The SHO, quoting villagers and some eye witnesses, said that the accident took place when the driver attempted to save a two-wheeler. The bus belonged to a private operator, he said.

The story is originally published by ‘The Times of India’