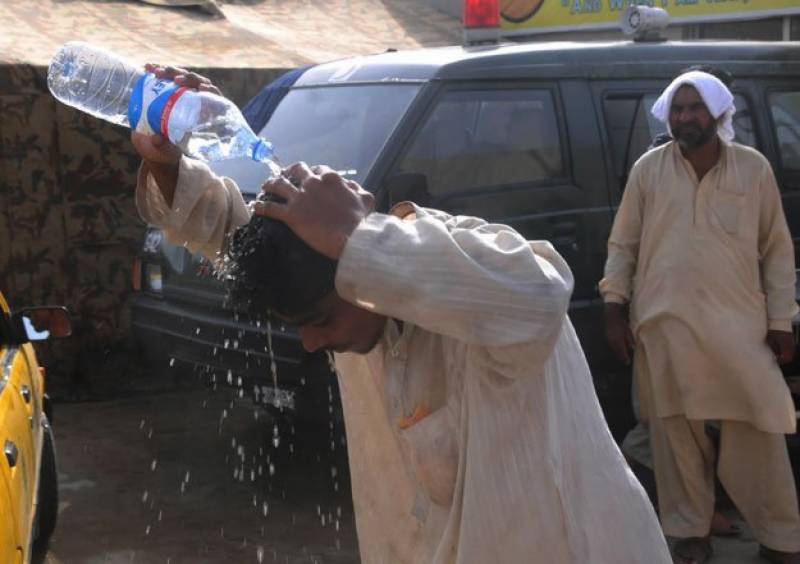 Karachi (Staff Report): Heatwave that started yesterday in Karachi is predicted to prevail another day and temperature is expected to soar to 44˚C.

According to details, the Pakistan Metorological Department (PMD) has predicted that temperature in Karachi will remain 44˚C on Friday.

The weather department has stated that the mercury is likely to reach 45 degrees centigrade. The humidity level is expected to remain between 50 percent.

It is pertinent to remember that after the prediction of the PDM, the maximum temperature in Sindh on Thursday was recorded in Nawabshah at 45.5˚C, while Dadu recorded a maximum temperature of 45.1˚C, Mohen Jo Daro and Jacobabad 44.5˚C, Larkana 44˚C, Mithi 43˚C and Chorr Cantt 42.2˚C.

Mohammad Farooq Mughal, a spokesman of the weather department, said that the mercury reaches 50 degrees centigrade in the southern parts of the country, however a two percent increase has been recorded this year, which is unusual.