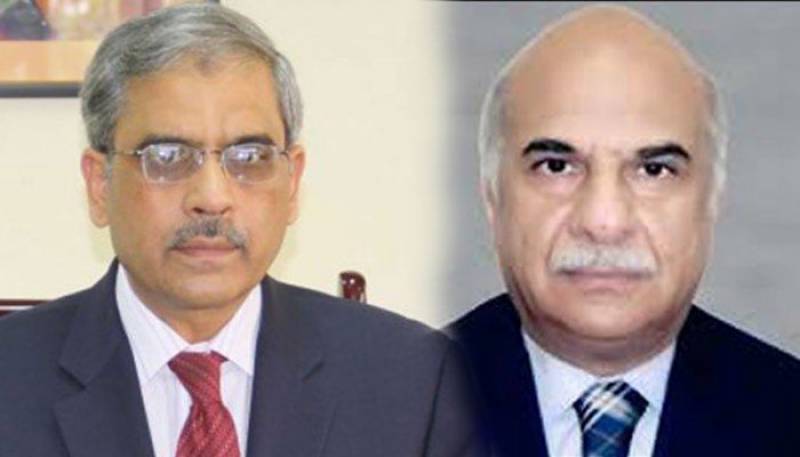 Islamabad (Web Desk): Governor State Bank of Pakistan (SBP) Tariq Bajwa has resigned and Chairman Federal Board of Revenue Jehanzeb Khan has been removed from his post.

According to the sources, the decision to remove the heads of two important economic policymaking institutions has been taken after Advisor on Finance, Dr Abdul Hafeez Sheikh expressed his desire to bring his own team.

The decision came at a time when the government is negotiating with a team of the International Monetary Fund (IMF) for a bailout package.

The sources added that the federal cabinet has also been expressing its resentment over the decision to continue with the people who had served with former finance minister Ishaq Dar.

Meanwhile, the federal government has also removed Dr Muhammad Jehanzeb Khan from the position of chairperson of the Federal Board of Revenue (FBR).

The sources claimed that Jehanzen Khan's refusal to own the Asset Declaration Scheme had irked the PM.

They added that the decision had already been taken when Asad Umar was still serving as the country's then-finance minister.

Tariq Bajwa had been appointed the governor of the SBP on July 7, 2017, for a three-year period, which was supposed to end in 2020.