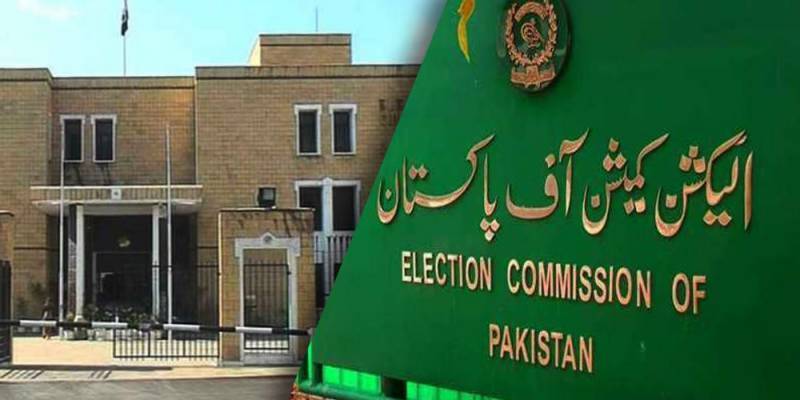 The electoral body directed all the parties to reach Returning Officer (RO) Office on Thursday (May 6) at 9am for recounting of votes.

Earlier today, the ECP reserved its decision on the plea.

During the hearing PML-N's counsel Salman Akram Raja contended that the signatures of presiding officers of 167 polling stations were missing from Form-45 while the party's polling agents were also not given Form-46.

Raja argued that Form-46 was just as important as Form-45 according to the Justice Nasirul Mulk Commission's report. "Presiding officers are bound to provide Form-45 and Form-46 to polling agents. Signatures were absent from the Form-45 given by the presiding officers."

Salman Akram Raja said that the PML-N would submit a separate application for re-polling in the NA-249 constituency.

"Recounting of votes in the NA-249 by-election is our first demand. If we are not satisfied, then we can also make further demands."

He argued that actions taken in 180 polling stations after the voting had ended were not in accordance with the law, stressing that recounting was not enough and the ECP would have to "intervene".

He said that the absence of verified Form-45 and Form-46 has made the entire election suspicious.

On the other hand, Pakistan People's Party's (PPP) counsel Latif Khosa pointed out that the PML-N didn't complain about any irregularity during the polls.

"It isn't enough to say that there has been an irregularity; the claimant also has to point out where it took place," he added.

As per the unofficial results, Qadir Khan Mandokhel of PPP won in the by-elections at National Assembly constituency NA-249 Karachi West-II on April 29.