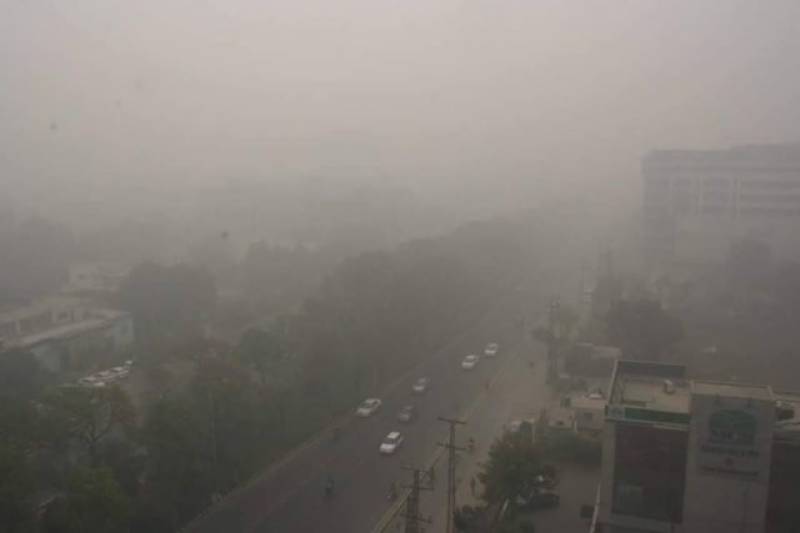 Without having the actual data of air pollution within Pakistan, Punjab government has blamed the crop stubble burning in the Indian part of Punjab as a major reason of smog in Pakistan. He expressed these views during a media briefing along with EPD and Meteorological department officials.

During the press briefing, no official could explain the actual statistics of air pollutants present in the atmosphere and no actual figures were given regarding the air quality monitoring conducted earlier by Environmental Protection Agency (EPA).

Smog has continued to wreak havoc throughout Punjab for the last 10 days, causing low visibility and diseases among the citizens.

Prior to the occurrence of smog in the country, EPD had formulated a smog policy to cope with the issue preemptively. However many questions were raised by the authorities concerned when on November 3, 2016, the phenomenon of smog was experienced for the first time in Lahore.

Maintaining that the major reason behind smog was the burning of crop stubbles in Indian Punjab, Zakya Shahnwaz stated that around 35 million tons of rice paddies were burnt by farmers on the other side of the border.

Secretary EPD, Capt (r) Saif Anjum speaking on the occasion stated that hundreds of factories have been sealed in wake of smog while strict measures also have been taken against the vehicles causing pollution.

“EPA has sealed at least 175 industrial units during the campaign against violators of the environmental law while it also has lodged First Information Report (FIR) against 22 factories,” he said and added that around 16,000 vehicles have been fined on charges of causing pollution. However, he did not explain whether the fine was posed by EPA or traffic police.

Chief Meteorologist Muhammad Riaz stated the phenomenon was caused due to lack of timely rain. Like the EPD minister, he also reiterated that the smog has been caused due to the burning of crop stubbles which resulted in smog and entered with air which blew towards Pakistan.

During yesterday’s press briefing, EPA officials tried to express that the department’s performance was up to the mark in an attempt to befool the public but the reality was altogether different and the inefficiency of the concerned departments was evident.

The air pollution is a major contributor to smog but EPA has kept silent about it for years. Though it was the primary responsibility of EPA to monitor air quality in the province, especially after the 18th amendment in the constitution but the department refrained from performing the duties despite continuous warnings of international organizations like World Bank, WHO and many experts.

Smog is a byproduct of different pollutants like nitrogen oxides, Particulate Matters (PM2.5 and PM10), Volatile Organic Compounds (VOCs), tropospheric ozone and Peroxyacetyl Nitrate (PAN). All of these substances are very chemically reactive and are harmful to human and other living things.

Though the EPA has started taking actions against violators however this move is being carried out without any scientific evidence as no fact-based data of pollution level in the city and other parts of the Punjab has been recorded.

After last year’s occurrence of smog in Lahore, EPA procured the air pointers to monitor the air quality after investing a huge amount but to date, no data has been released.

According to information available with Pakistan Today, said air pointers had to be installed in five different districts of the Punjab, which EPA has failed to install to date. However, some of these air pointers were installed in Lahore ten days earlier to monitor the air quality however the authorities continue to ignore the bad air quality in rest of the province.

Even though it has been labelled that Indian farmers are to be blamed for the smog in Pakistan, no official could inform the actual composition and structure of pollutants entering the country. Sources state that if the air was blowing toward eastern direction then it was the responsibility of the Met office to inform other concerned departments.

Many experts believe the newly established coal-fired power plant in Sahiwal may be the reason behind smog in the southern part of Punjab but EPD secretary denied the accusation while stating that modern technology has been adopted in the said plant.