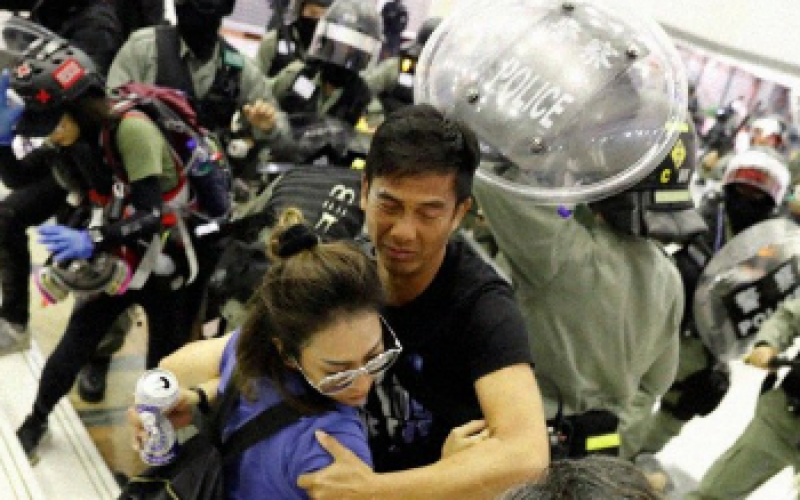 A human chain in the upmarket Hong Kong island mall of Cityplaza, in Taikoo Shing, turned into a bloody face-to-face conflict with police, running up and down escalators where families with young children had been window shopping just minutes before.

Police said protesters had vandalised a restaurant after a peaceful chanting of slogans.

Broadcaster RTHK said district councillor Andrew Chiu was among the wounded and that part of his ear had been bitten off. It was not immediately possible to verify the report.