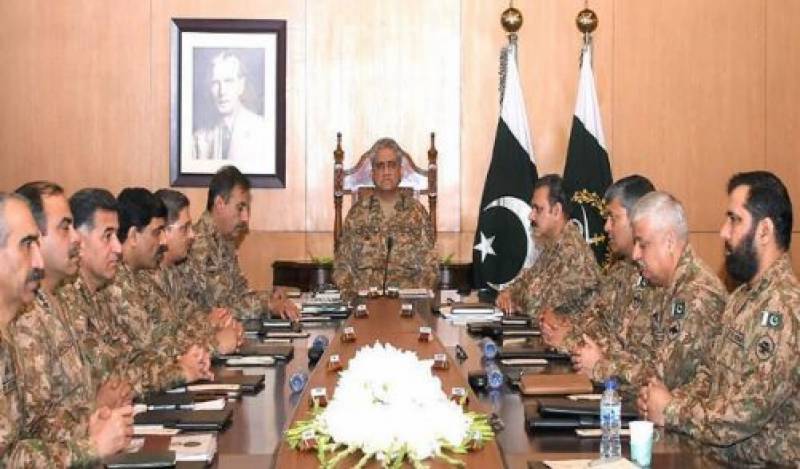 Rawalpindi (Agencies): Top military brass has reaffirmed support to the state institutions in accordance with the Constitution.

While presiding over the 226th Corps Commanders’ Conference at GHQ on Monday, Chief of Army Staff (COAS) General Qamar Javed Bajwa said that Pakistan Army as an organ of the state will continue to support national institutions as and when asked in accordance with the Constitution.

“Pak Army as organ of state will cont to sp national institutions as & when asked as per constitution. While Pak Armed Forces are fully prep to thwart all threats, cont cohesion of national stakeholders on key national issues is essential to defeat inimical forces”, COAS.(3of3). pic.twitter.com/e4UZ7OYWLF

“We have attained better internal security and stability through cohesive national efforts and sacrifices rendered by Pakistan’s armed forces, all national institutions and above all the nation.

We shall not let it reverse to suit any vested agenda at any cost,” the COAS said.

“While Pakistan Armed Forces with support of national institutions and the nation are fully prepared and committed to thwart all threats including on Eastern Border/LOC, continued cohesion of all national stakeholders on key national issues is essential to defeat inimical forces”, the ISPR quoted the COAS as saying.