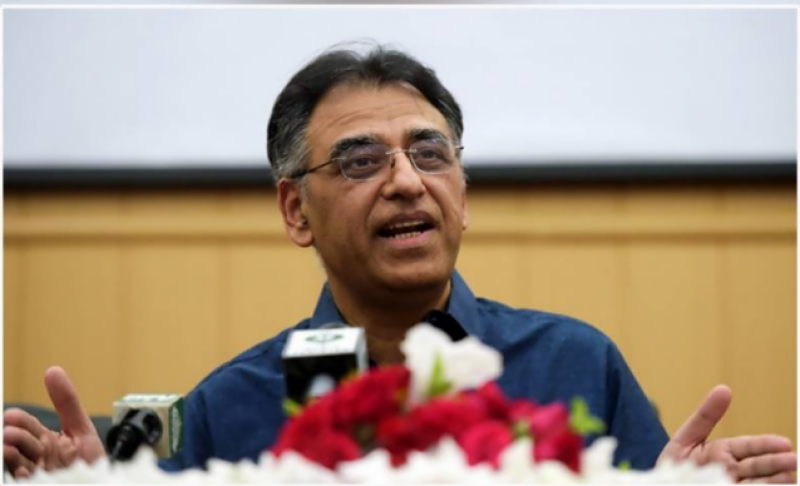 Islamabad (Web Desk): Minister for Planning and Development Asad Umar, who also heads the National Command and Operation Centre (NCOC), said on Thursday that the national average of COVID-19 vaccination has reached 48%.

In a post on Twitter, the minister said that Punjab has become the first province to have more than half its eligible population with at least one dose at 52%. This is followed by Khyber Pakhtunkhwa (KP) with 48%, Sindh 40% and Balochistan 17%.

Asad Umar added that the federal territories are leading in vaccination with Islamabad 87%, Azad Jammu and Kashmir (AJK) 59% and Gilgit-Baltistan 54 %.

Punjab becomes the first province to have more than half it's eligible population with at least one dose at 52%. KP follows with 48%, Sind 40% and balochistan at 17%. Federal territories leading in vaccination with Islamabad 87%, AJK 59% & GB 54%. National average has reached 48%

Earlier on October 31, the NCOC had decided to roll back all COVID-19 related restrictions from cities where at least 60 percent of the population had gotten itself vaccinated against the disease.

On the other hand, the number of confirmed COVID-19 cases in Pakistan rose to 1,275,158 on Thursday after 580 new cases surfaced in the country during the last 24 hours.

According to the government's COVID-19 portal, the death toll related to coronavirus has reached to 28,496 with 19 fatalities reported during the last 24 hours.

Over the last twenty four hours, total number of recovered COVID-19 patients across the country reached 1,224,085 after another 544 virus recoveries were reported.

Meanwhile, the NCOC on Wednesday said Pakistan will relax restrictions on inbound flights from November 10 amid a “downward trend” in COVID-19 infections across the globe.

In a statement, the high-level forum said the decision to relax Covid-related restrictions was taken after the enforcement of obligatory vaccination for inbound travellers.

According to the NCOC, “Inbound air traffic will operate at full quantum with effect from November 10.”

It is pertinent to mention that the government has placed Armenia, Bulgaria, Costa Rica, Iraq, Mexico, Mongolia, Slovenia, Thailand, Trinidad & Tobago and Ukraine in Category ‘C’ due to low vaccination and high positivity rate.