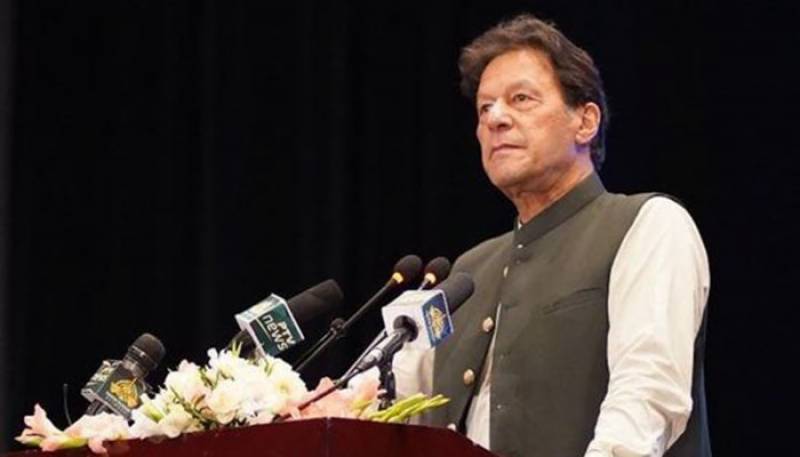 Islamabad (Web Desk): Prime Minister Imran Khan on Thursday urged the intellectuals and scholars to provide best guidance to younger generations in coping with the modern challenges arising out of digital era.

Addressing a ceremony after inauguration of the Hall of Fame at Pakistan Academy of Letters (PAL) in Islamabad, the premier said that in the age of social media with unrestricted content available, huge responsibility lied on intellectuals to guide the nation on preserving moral and ethical values.

“Social media is a reality and we cannot put restrictions on it. However, the scholars and intellectuals can inspire the people to distinguish between right and wrong,” PM Imran said.

The prime minister said through the power of words and pens, the intellectuals could help protect the ideology of a nation.

He regretted that the moral and ethical values were gradually eroding, thus giving space for corruption.

Expressing concern over the rising cases of sex crimes in the country, PM Imran said, access to immoral content on social media regardless of age restriction was a big factor.

“In today’s Pakistan, the need for an effective input and involvement of our intellectuals has increased manifold,” he said.

PM Imran mentioned that the Indian society faced the destruction of the family system as their films promoted objectionable content, and resultantly, New Delhi was titled the ‘rape capital’.

“A nation which fails to distinguish between the right and the wrong loses its character. Ethics and morals are the basic pillars of a strong society,” he said.

Imran Khan urged the scholars to highlight the concept of Muslim societies of the history, where Islam was spread through intellectual power rather than wars.

The prime minister said the main objective of establishing the Rehmatul-lil-Alameen Authority by him was to develop a deeper understanding of the Sunnah besides preservation of the Islamic identity, values, and culture in the face of diverse social and digital media influences.

Stressing the need for an “intellectual revolution” in the country, he said that the government would fully honour the scholars and promote them.

Prime Minister Imran Khan said that establishing the ‘Hall of Fame’ at PAL was an acknowledgement of the contribution of writers and intellectuals.