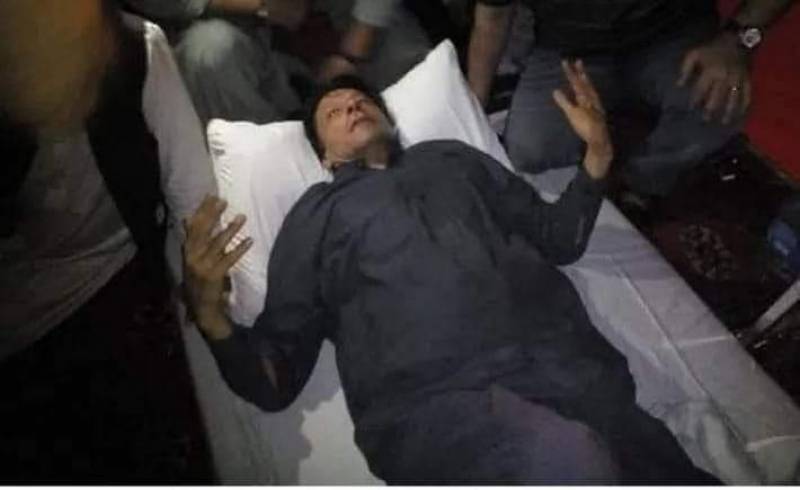 Washington (Web Desk): The United States (US) has condemned the attempt on Pakistan Tehreek-e-Insaf (PTI) Chairman Imran Khan's life, saying that violence has no place in politics.

In a tweet on Friday, US Secretary of State Antony Blinken wrote, "The US strongly condemns the shooting of Imran Khan at a political rally".

"We wish him and all others injured a quick recovery, and we offer our condolences to the family of the individual who was killed, " he said.

The US State Secretary also called upon all the political parties in the country to exercise caution by staying peaceful, as "violence has no place in politics."

The U.S. strongly condemns the shooting of @ImranKhanPTI at a political rally. We wish him and all others injured a quick recovery, and we offer condolences to the family of the individual who was killed. All parties should remain peaceful. Violence has no place in politics.

The US condemnation comes hours after the former premier Imran Khan was wounded in a gun attack during the PTI's protest long march in Wazirabad on Thursday.

The attack left several people, including the PTI chief and some other party leaders, wounded. A party activist lost his life in the deadly attack.

Meanwhile, the PTI has announced nationwide protest from today after Friday prayers.

“Today, after the Friday prayer, there will be a protest in the whole country. Until Imran Khan's demand is met, nationwide protests will continue,” Asad Umar wrote.