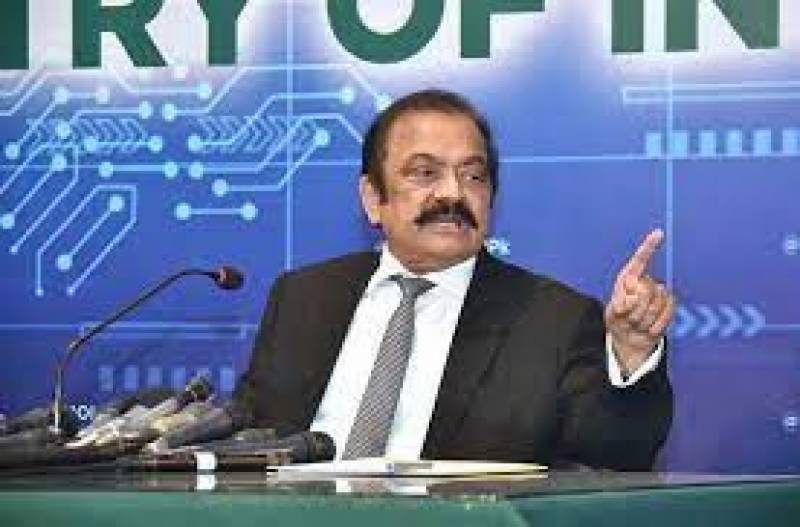 Addressing a press conference in Islamabad, the minister said that it was “very saddening” that Imran Khan blamed people for his attempted assassination without any investigation or proof.

Referring to a video of PTI leaders released after the incident, Sana quoted Asad Umar as saying that Imran Khan was aware of the threats and that party leadership had repeatedly warned him, but he insisted on continuing his protests.

“We have no objection to their protest, and long march, we are not afraid, but these are the issues which we want to bring to their notice as these are very important,” the minister added.

He said that police arrested accused red-handed from the spot and a PTI worker namely Ibtisam assisted in this arrest. In a police station of Gujrat, the statement of accused was recorded but First Information Report (FIR) had not been deliberately registered into this incident as it would be lodged after managing it.

Rana Sanaullah said that first part of the statement of accused was released last day in which the accused told about the reasons behind this attack.

The accusation of the assailant are very much condemnable and we tried to stop further dissemination of this video because it describes about certain statement of Imran Khan and a claim of a woman, he added.

He said that those following this path of destruction should understand that they could not remain safe as they are also on same track.

The interior minister said PM Imran has announced the compensation for the families of persons who died during the PTI's long march.

He said family of the man who died in yesterday's firing incident will also be given compensation.

The federal government has written to the provincial authorities to form JIT comprising over all senior officials to investigate the incident.

The minister said that we have repeatedly warned the PTI leadership about the threats and asked them to limit their public exposure on container and place bullet proof protection shield during address. But they assumed if the government is afraid of their long march.