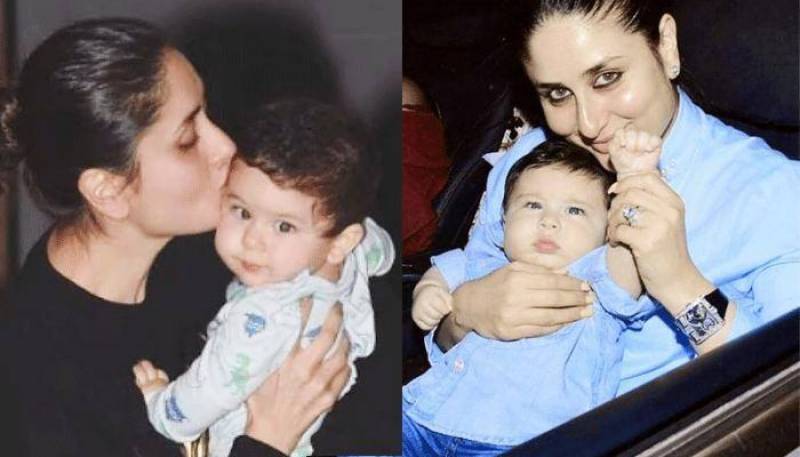 New Delhi (Web Desk): It is no surprise that Jr. Nawab of Bollywood is the youngest star of India. Barely 9 months old, Taimur Ali Khan (birthday- December 20, 2016), is surely one celebrity child whose name feeds thousands of people in India (including us! wink). This is what he was quoted as saying:

“At the moment I think it’s mashed pear (nashpati) and carrot. The first time he ate solid food after milk was quite an adventure. We gave him dal and mixed potato and he was like ‘hmmm, not bad’. It is fun to feed him.”

Of course Saif! It would be more than fun to feed the cutest kid on the block.

In fact, in an interview with the DNA last month, Saif said:

“I have been leaving my house early and I have started waking him up at around 7. He finishes his feed, he has just started on solid foods, and we spend about 20 minutes together. I read to him or put on some music, or nursery rhymes.” Speaking about how Taimur spends his day, the doting father added:

Saif is busy these days in promotions of his upcoming film, Chef, which is scheduled to release on October 06, 2017. It is but obvious that during these promotional interviews and media interactions, the curiosity of paparazzi and news-hungry people about Taimur, comes into play.

Kareena, on the other hand, is shooting for Veere Di Wedding, which will mark her comeback after pregnancy and maternity leave.

Coming back to Taimur, now we know that the chote nawab loves to eat mashed pear and carrots! Surely, he is being provided with all the possible comforts and accessibility of things, like good and healthy food, music, nursery rhymes, but with a bad habit of ‘farting all the day’! We, at Team BollywoodShaadis, have never gotten tired of drooling over this bundle of joy! And we’re sure, nobody would. After all, he is so cute with his big shiny eyes and chubby cheeks! Keep watching this space to get your hands on more cutesy things and habits of Taimur.

Most weird buildings around World