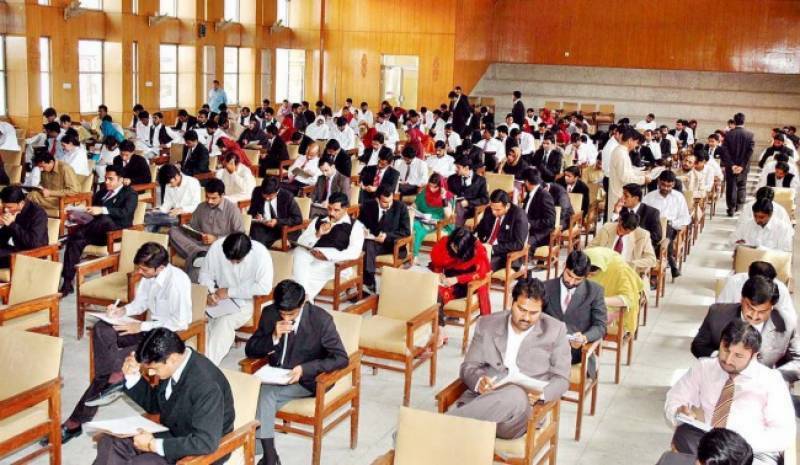 According to the university officials, 823 candidates appearing in the exams 699 were declared pass and 124 fail. All first three positions were clinched by girl students, they added.