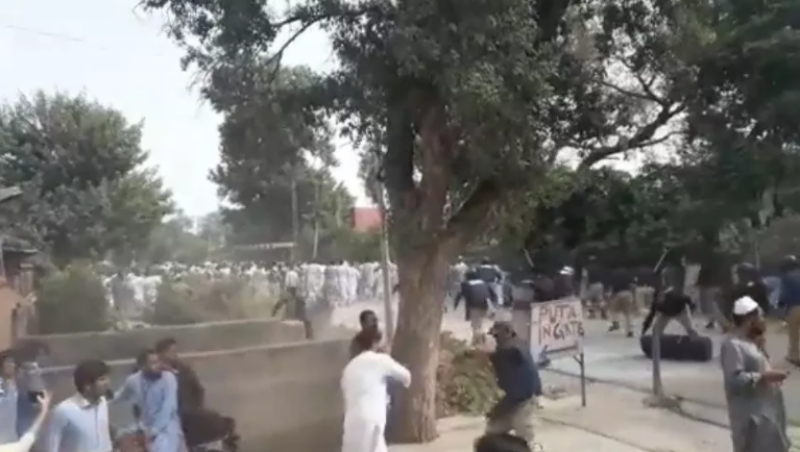 Peshawar (Staff Report): More than a dozen students were injured after police baton-charged participants of a protest against fee hike at the Peshawar University on Thursday.

According to protestors, around 30 students were also arrested by the Peshawar police. The injured students were shifted to the Khyber Teaching Hospital.

A statement issued by the university's administration alleged that the protesters were being used to further political objectives.

A spokesperson of the Peshawar University's administration, there will be no lenient treatment for those who were using this protest to promoting their political interests.

Academic activities at the institution were suspended following the protest.

Condemning baton-charge at the students, Pakistan Peoples Party (PPP) chairman Bilawal Bhutto Zardari said students have a democratic right to demonstrate peacefully. He advised the government to not 'seek revenge for its persistent failure from the students.'

The PPP chairman also demanded the immediate release of the arrested students and a downward revision in the fee.

Bilawal demanded that the injured students must be provided with better medical facilities.