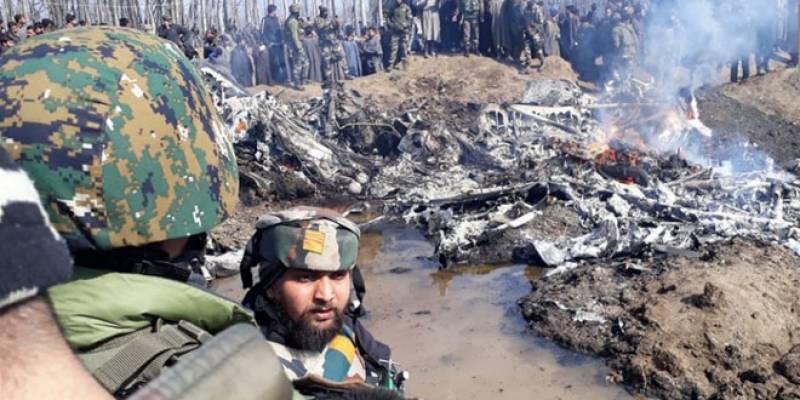 New Delhi (Web Desk): Indian Air Force (IAF) chief Rakesh Kumar Bhadauria on Friday admitted that Mi-17 chopper of India which crashed near Srinagar on February 27 this year, came down after its own missile mistakenly hit it.

According to Indian media, the IAF chief said, "it was our mistake as our missile had hit our own chopper".

"Court of Inquiry has completed [...] we will take action against the two officers. We accept this was our big mistake and we will ensure such mistakes are not repeated in the future," the Indian media quoted him as saying.

Investigators had earlier found that the Indian air defence missile was fired shortly before the crash of the Mi17 V5 helicopter at Budgam near Srinagar. But the Indian Air Force had yet to accept its own fault.

"We will take action against two officers. We accept this was our big mistake and we will ensure such mistakes are not repeated in future," the Indian air chief said.

India’s Mi-17 helicopter had crashed at Budgam, near Srinagar, and resulted in the deaths of six air force personnel. A surface-to-air missile of the Indian Air Force had brought down the Mi-17 aircraft, a high-level probe had concluded in August.

The incident had taken place during a period of heightened India-Pakistan tensions, the same day that the Pakistan Air Force (PAF) shot down an Indian aircraft arrested an Indian pilot, Wing Commander Abhinandan Varthaman, on the ground.

The IAF pilot was later handed over to India as a goodwill gesture.