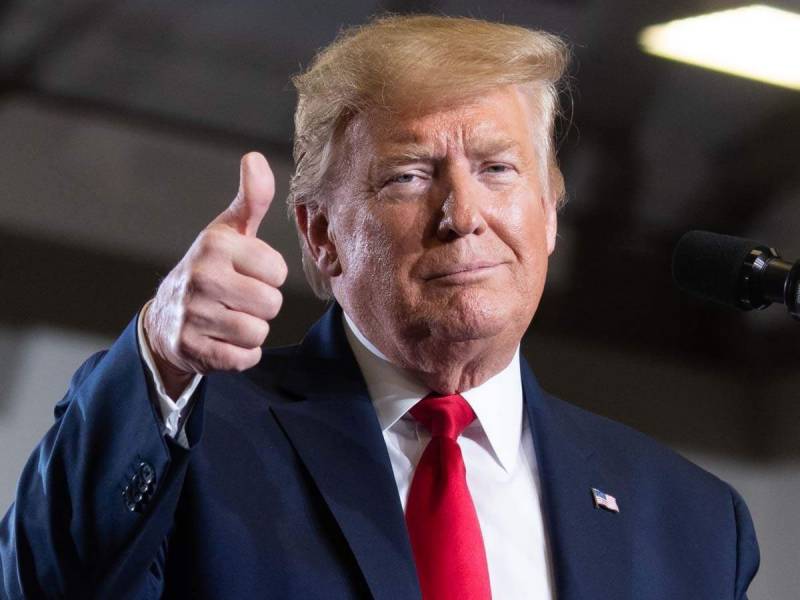 Washington: (Web Desk): The US President Donald Trump was shifted to military hospital for better treatment.

The US media claimed that Donald Trump was facing difficulty in breathing during quarantine at the White House, therefore, he was immediately shifted to military hospital for better treatment.

“Tonight, Melania and I tested positive for COVID-19. We will begin our quarantine and recovery process immediately. We will get through this TOGETHER!” Trump tweeted.

Tonight, @FLOTUS and I tested positive for COVID-19. We will begin our quarantine and recovery process immediately. We will get through this TOGETHER!

Trump’s physicians and the White House officials expressed satisfaction over his health. A White House spokesman said that the president had "moderate symptoms".

However, The New York Times quoted two people as claiming that Trump had difficulty in breathing on Friday and had low breathing levels due to which he was given oxygen support in the White House.

Now, some media reports have claimed that 48 hours are very important for his health.

“The US President is feeling better, he has no difficulty in breathing and does not need oxygen,” Dr. Son Conley said in a briefing.

On the other hand, US President Donald Trump also tweeted about his health and said that he is feeling better with the help of doctors, nurses and medical staff.