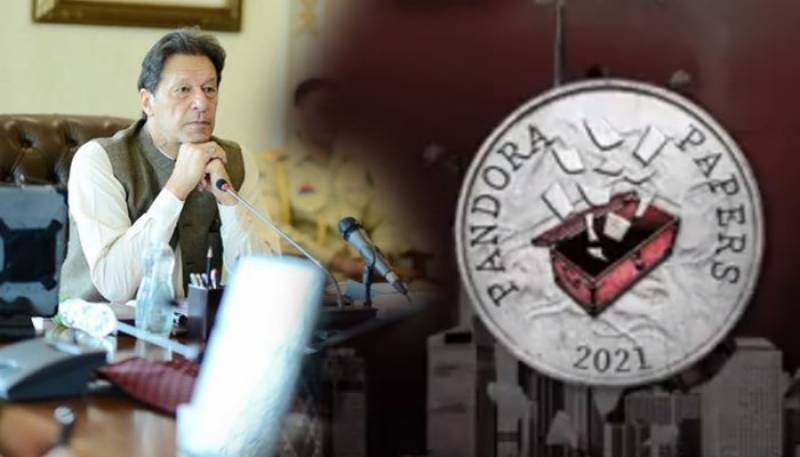 In a post on Twitter, Federal Minister for Information Fawad Chaudry said that the cell under the Prime Minister’s Inspection Commission will investigate the Pandora leaks and the facts will be made public.

The development comes a day after The International Consortium of Investigative Journalists (ICIJ) on Sunday unveiled “Pandora Papers”, uncovering financial secrets held by high-profile individuals across the world including more than 700 Pakistanis.

The documents revealed that key members of PM Imran's inner circle, including cabinet members, their families, political allies and major financial backers, have secretly owned an array of offshore companies and trusts holding millions of dollars of hidden wealth.

The National Accountability Bureau (NAB), Federal Investigation Agency (FIA) and other bodies have been tasked to probe the matter, sources said, with the prime minister instructing to present the facts of the investigation before the nation.

Minutes after the exposé was made public on October 3, Prime Minister Imran had announced that his government would investigate all citizens named in the report.

“We welcome the Pandora Papers exposing the ill-gotten wealth of elites, accumulated through tax evasion & corruption & laundered out to financial “havens”. The UN SG’s Panel FACTI calculated a staggering $7 trillion in stolen assets parked in largely offshore tax havens,” the premier said in a series of tweet soon after ICIJ unveiled “Pandora Papers”.

“My govt will investigate all our citizens mentioned in the Pandora Papers & if any wrongdoing is established we will take appropriate action. I call on the international community to treat this grave injustice as similar to the climate change crisis,” PM Khan vowed.