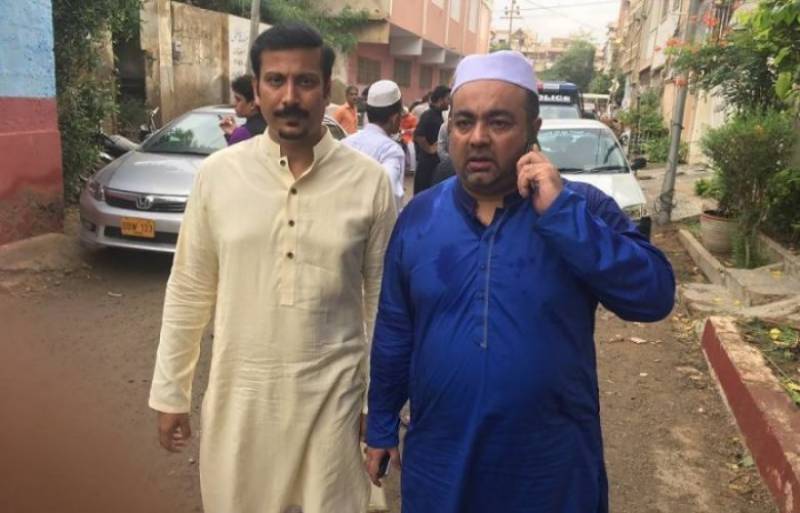 Karachi (Staff Report): Malir police has started conducting raids across the city in search of a suspect who escaped during a raid in the Karachi’s Kaneez Fatima Society earlier today.

Malir SSP Rao Anwar said that the suspect is the mastermind behind the attack on Khawaja Izharul Hassan, an MQM lawmaker and Leader of the Opposition in Sindh Assembly.

The suspect, identified as 29-year-old Abdul Karim Sarosh Siddiqui, belongs to the newly-emerged outfit, Ansarul Sharia Pakistan (ASP). He is enrolled in the BS programme of Applied Physics department at Karachi University and is in his second year.

He injured during an exchange of fire with the police but managed to flee the scene late Sunday night. His father was arrested.

A police team led by Malir SSP Rao Anwar conducted a search operation in Gulzar-e-Hijri area after a number of raids in different areas in connection with the presence of suspects. A number of suspects were taken into custody.

The SSP also shared the following number for the public to inform authorities if they see or hear information about the suspect: 0300-2023318.