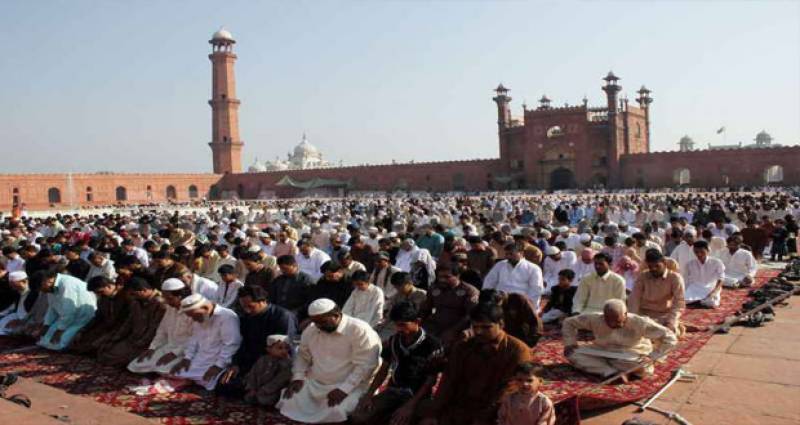 Lahore (Staff Report): The nation is celebrating Eid-ul-Azha today with greatreligious fervor and spirit to commemorate the willingness of Prophet Hazrat Ibrahim (AS) to sacrifice his son Prophet Ismail (AS) upon Allah’s Command.

The day dawned with special prayers in mosques for well-being of Muslim Ummah and safety and security of the country.

Eid congregations were held at mosques, Eidgahs and open places in all cities, towns and villages across the country.

In their sermons, Ulema and Khateebs highlighted significance of the day and philosophy of the sacrifice.

After offering Eid prayers, the faithful are slaughtering their sacrificial animals in remembrance of Sunnat-e Ibrahimi.

Federal and provincial governments have chalked out elaborate security arrangements across the country to avoid any untoward incident.

Civic authorities of different cities and towns have also made special arrangements for disposal of offal and other solid waste during three days of Eid.