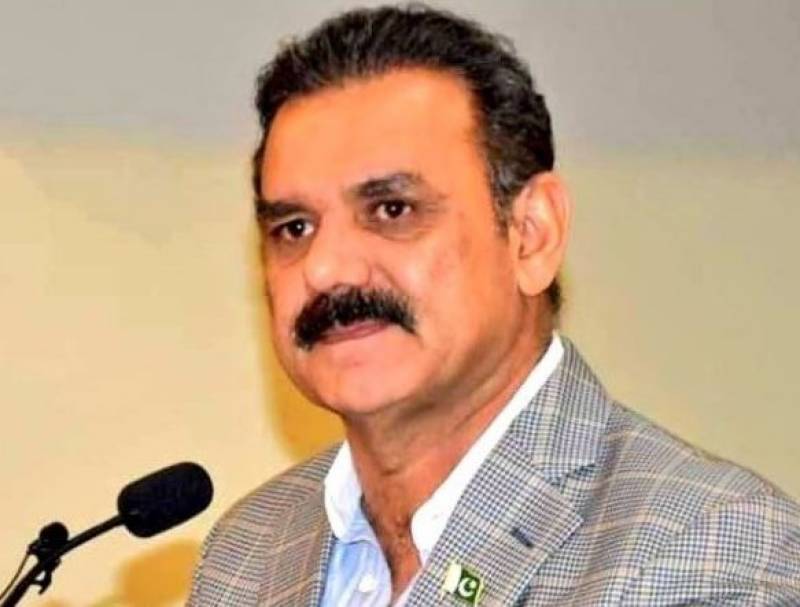 Islamabad (Web Desk): Special Assistant to the Prime Minister (SAPM) on Information and Broadcasting Lt Gen (retd) Asim Saleem Bajwa on Thursday announced to step down from his office.

Talking to a private news channel, Bajwa said that he will continue to serve as chairman of China-Pakistan Economic Corridor (CPEC) Authority, adding that it is a vast project and he wanted to give his full attention to it.

Asim Bajwa said that he will submit his resignation to Prime Minister Imran Khan.

Earlier, he issued a detailed rebuttal, rejecting allegation of concealing assets as baseless and incorrect.

The CPEC Authority chief wrote on his Twitter, "I strongly rebut the baseless allegations levelled against me and my family. Alhamdolillah another attempt to damage our reputation belied/exposed. I have and will always serve Pakistan with pride and dignity."

I strongly rebut the baseless allegations levelled against me and my family.Alhamdolillah another attempt to damage our reputation belied/exposed.I have and will always serve Pakistan with pride and dignity. pic.twitter.com/j185UoGhx1

A few days ago, journalist Ahmed Noorani broke the news on a website alleging that Mr Bajwa had used his offices in setting up of off-shore businesses of his wife, sons and brothers.

The report said Mr Bajwa’s younger brothers opened their first Papa John’s pizza restaurant in 2002, the year he started working as a lieutenant colonel on the General Pervez Musharraf’s staff.

Referring to allegations, Bajwa said that the accusation of not declaring investment of his wife abroad in his declaration of assets and liabilities as SAPM is “materially false”.

“On the date of filing of the said declaration i.e. 22.06.2020 my wife was no longer an investor or shareholder in any business of my brothers or anyone else, abroad.

My wife had disinvested all her interests as at 01.06.2020 in any entity abroad and such fact has been duly documented in the official records in the USA,” he said in a statement.

Talking about his children’s assets, Asim Bajwa said that most of the companies held by his sons are dormant with one another is running in losses while another has made a profit of Rs500,000 in three years.

Regarding allegations about businesses of his brothers, Bajwa said, “in a span of eighteen years i.e. from 2002 till date my brothers purchased the franchise and assets related thereto and real estate to the tune of $70 million, out of which around $60 million were through bank loans and financial facilities”.

He asserted that none of his brothers are his dependents. He added that their total out of pocket investment is fully documented and justified from their own sources.

Responding to allegations regarding his sons owning residences in the US, he said one of his sons owns a house in the USA "but the same has been acquired through mortgage in the manner that 80% of loan/mortgage remains unpaid".

"It shall be noted that my sons completed their business degrees from reputable universities in the United States and have had well-paying jobs," Asim Saleem Bajwa said.