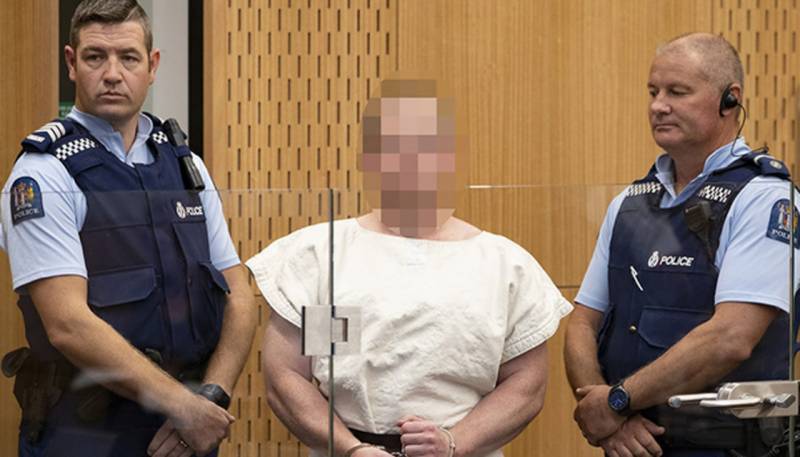 Christchurch (Agencies): A high court judge in New Zealand on Friday ordered the accused Christchurch mosque gunman to undergo a mental health assessment to determine if he is fit to face trial for the murder of 50 Muslim worshippers.

Judge Cameron Mander made the order during a hearing in which 28-year-old Australian Brenton Harrison Tarrant appeared via video link from a small room at the maximum security Paremoremo prison in Auckland.

Tarrant is facing 50 murder and 39 attempted murder charges over the March 15 attacks on the al Noor mosque and Linwood Islamic Centre, which stunned the normally peaceful New Zealand and shocked the world.

The High Court Judge said nothing should be read into his order for the mental health assessments, as it was a standard step in such a case. Lawyers said it could take two or three months to complete.

The suspect -- a self-avowed white supremacist -- sat motionless throughout the hearing. He was not required to enter a plea.

The court remanded Tarrant in custody until his next court appearance on June 14.

He was handcuffed when he appeared on the large screen inside the Christchurch courtroom, which was full of family members and victims of the shooting, some in wheelchairs and hospital gowns and still recovering from gunshot wounds.

The atmosphere in the courtroom, which was packed with approximately two dozen reporters and 60 members of the public, was highly charged with many breaking down with the emotional strain.

Ahead of the shooting, Tarrant posted a 74-page manifesto on social media in which he identified himself by name and described himself as a white supremacist out to avenge attacks in Europe perpetrated by Muslims.

Tarrant was initially charged with one murder count as a holding measure when he made his first court appearance a day after the killings.

However, the charges were updated Friday to include the names of all 50 who died in the attack and 39 others who were wounded.

Tarrant had sacked a court-appointed lawyer after his first court appearance, raising fears he wanted to represent himself and attempt to use any trial as a propaganda platform.

However, two Auckland lawyers, Shane Tait and Jonathan Hudson, appeared in court on his behalf.

The government has also said it will review laws dealing with hate speech.